“… I have never seen so many people of all ages walking around our civic spaces and small businesses interacting as I have this morning. Teens catching them. People catching them in line for coffee. Moms outsmarting their kids. Local youths teaching my toddler how to throw a ball. Full grown adults. Marines. Kids on scooters. Kids on bikes. 20-somethings walking in packs. How are other small towns faring? Awesome to be outside right now building a community over something so silly and fun. Suddenly, things aren’t a ghost town…and it’s only Monday morning…” 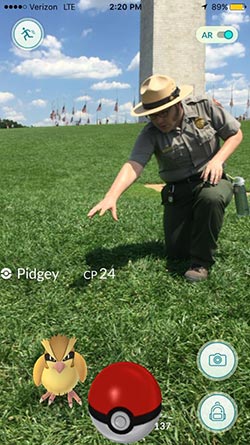 Of course this Facebook commenter is referring to the phenom that is Pokémon Go, a free gaming app that combines augmented reality and mapping to gamify exploring the real world around you. And it’s everywhere, with players coming to government buildings and public spaces in droves to play it.

Whether you are fans of the cartoonish little monsters or not, the fact is that this is just the early stages of mapping and augmented reality in gaming, and agencies need to get ahead of the curve and recognize the unique opportunities and guidelines for these emerging technologies—because this advance is inevitable (like our programs in artificial intelligence)—and soon it will be ten apps and games instead of just one, then a hundred.

For years, agencies like the National Park Service have struggled with how to engage with and encourage younger, tech-savvy audiences to get outside and #FindYourPark. Suddenly, over the weekend, our parks are besieged by Pokémon hunters, exploring all the nooks and crannies of our parks on their quest to “catch ’em all.” While it’s not all fun and games — there are people wandering into areas that are closed to the public due to safety and resource protection issues — this provides a fascinating opportunity to explore visitor engagement at the speed of technology.

Attention Trainers: We're so excited you're headed out to the parks. Go #FindYourPark & catch 'em all! #PokemonGohttps://t.co/HOK57ZPQ0i 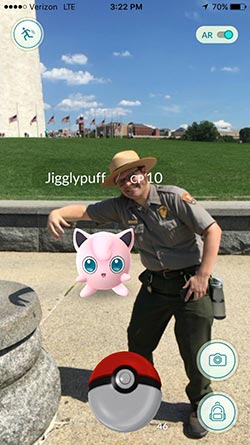 In Washington, D.C., the National Mall and Memorial Parks is trying to guide the experience of Pokémon: Go users by going out and engaging with players directly about the game and the park. They’re also exploring creative ways to entice players to gather in certain areas where park rangers can then lead the groups on an interpretive National Mall Pokémon Hunt, explaining the meaning behind the various memorials and monuments they pass along the way.

Pro-tip: The German-American Friendship Garden is the go-to water fountain you are encouraged to play in and get wet on the National Mall, as opposed to those who try to wade in the World War II Memorial (big no-no), and is also a Pokéstop.

Things are getting weird, though. Here are a few other approaches to the Pokémon Go phenomenon agencies have taken this week: 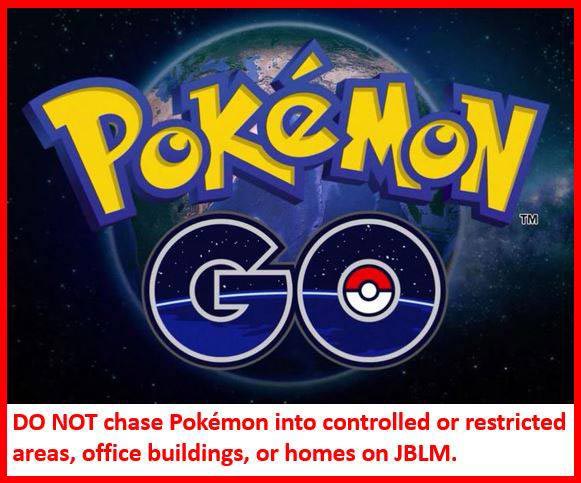 While there are of course considerations and guidelines that we’re working to understand, ultimately, this phenomenon provides a golden opportunity for government agencies around the country to engage meaningfully with our country’s tech-savvy youth (or young at heart), a demographic many of us have struggled to connect with. The audience is out there exploring our public lands, museums, sidewalks, neighborhoods, and parks. As some of these examples have shown, they are very receptive to collecting more than just a jigglypuff.