Animated gifs are increasingly found throughout the digital experience of today’s users. They offer a dynamic presentation of information in a format that can be both more performance-effective and cost-effective than standard video or images, making them valuable for federal teams looking to bring their programs to the modern digital space and improve customer satisfaction.

To find out how animated gifs can be developed to measurably improve public services, we hosted “Essentials of Animated Gifs for Gov” for almost 200 managers in the U.S. SocialGov Community through DigitalGov University. We’d like to share with you the recording of this webinar, along with along with key highlights from our presenters.

Notably, this became the highest rated SocialGov webinar based on user feedback from a post-event survey. By popular demand, we will follow-up with another article highlighting the practical and efficient ways other agencies are using this training to develop and use animated gifs in their digital programs.

Define your objectives and bring services to where citizens are

Michael Thomas of the Office of the Director of National Intelligence often hears when it comes to social media the saying, “well, if the intelligence community can do it…”

At ODNI, they are embracing animated gifs as an effective medium for communication, including web design infrastructure. He said that his team is responding to their audiences’ need for immediacy and information saturation.

Thomas also said that there are lots of tools available to make gifs, but the real key to getting started is a use case including:

Animated gifs and the Office of the Director of National Intelligence (.pptx PowerPoint Presentation, 10MB)

Erika Brown of the Peace Corps has a world of content to choose from—literally—when generating gifs for her own site or something clever for a third-party. She said:

Create eye catching and easy to follow tutorials and instructions

Melody Kramer of GSA’s 18F has been on the cutting edge of new media, but shares how she uses animated gifs in the most practical way: for tutorials and education. She demonstrated how and why she creates instructional gifs, which any organization can do.

In the webinar, she demonstrated how to: 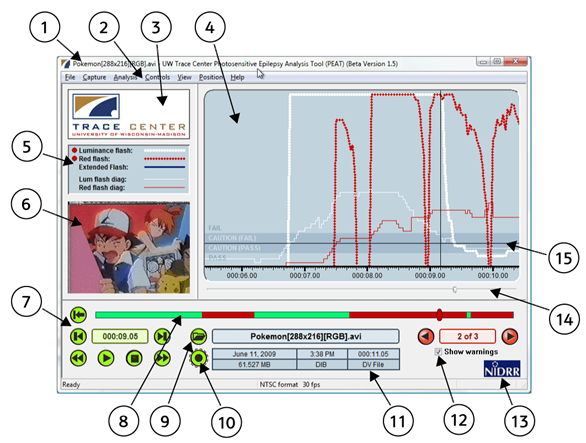 Victoria Wales of USAGov and USAGov en Español (formerly known as GobiernoUSA.gov) educates federal managers on the importance and the process of enhancing the accessibility of digital services for citizens with disabilities: animated gifs are no different and present their own unique challenges.

In order to help meet those challenges, she suggested:

Use U.S. government records to bring history to life

Darren Cole of the National Archives and Records Administration showcased the diverse source documents used to create compelling animated gifs that breathe new life into historical records, including images from the last time a gyrocopter flew to Capitol Hill almost 100 years ago. He recommended: