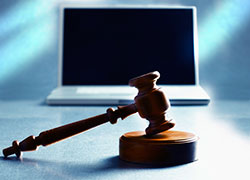 Many government agencies are taking advantage of the popularity of online video to further their missions and meet the Presidential mandate for increasing the efficiency and effectiveness of government information to serve the American public.

According to the 2010 U.S. Census, nearly 19% of the U.S. population can be classified as having a disability—whether from birth, by accident or via old age. This means many of your customers may be blind or visually-impaired, deaf or hard-of-hearing, cognitively impaired, or have dexterity or other physical disabilities. For these individuals, being able to access content on the Internet greatly affects their quality of life and, for federal employees, the ability to perform their job duties.

Section 508 is a U.S. federal law requiring all users, regardless of disability, to have a comparable experience from all government media, including videos. For a video to be accessible to a viewer, the person watching it must be able to understand what is happening in both the visual and audio portions of the video. A well-produced film ensures that a person can completely understand the message, no matter his or her disability. If your audience can’t understand either the visual or audio pieces, you can’t deliver your message.

Videos that meet the standards of Section 508 and are accessible to the disabled are known as being “508-compliant.”

How to Make Your Video Accessible (508-compliant)

Also remember that most video sharing sites frequently redesign their interfaces and add new functionality, which may affect their sites’ and players’ accessibility. Because we as federal agencies and multimedia producers can’t control the accessibility of media players’ on third-party sites, we must host Section 508-compliant, accessible videos on agency sites and provide a media player that is completely usable with massive technologies (such as speech recognition software, screen readers, etc.).

A Few Exceptions to Section 508

While most videos created by the government must be Section 508 compliant, there are a few exceptions (see ruling 1194.24(d)). Videos that do not require captions and audio descriptions include: