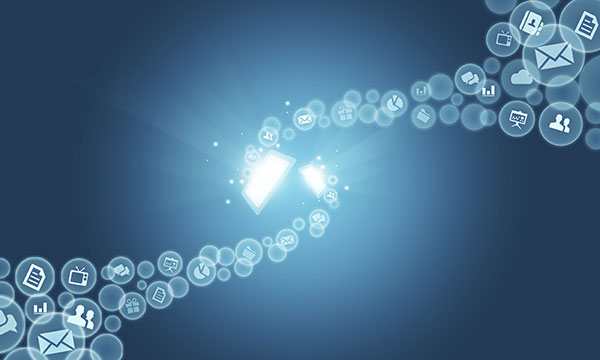 Mobile devices are moving closer to the center of the social universe, according to this Sproutsocial article.

Platforms like Instagram, Pinterest and Twitter are overwhelmingly used on the go. Comscore predicts that there will be increasing monetization via social in the coming years. In the banking industry, where data shows many people have stopped going to brick and mortar banks, tying mobile and social together is critical. Organizations are increasingly adopting a SoLoMo approach in which they leverage the interplay between social, local and mobile. Generally this approach includes targeting mobile users by enticing deals based on their location.

Government agencies are adopting their own version of SoLoMo. Zeshan Khan and Katie Steffy found government agencies are including social media in their mobile apps and websites in three ways. While agencies are including social media accounts in their mobile products, they say the innovators in government are using crowdsourcing both to engage users to help advance mission effectiveness—see Department of Transportation’s SaferCar, USDA’s Save Our Citrus and NOAA’s Dolphin and Whale 911 for examples.

Of course this is only a drop in the bucket because SoLoMo will become standard practice with better data. Treci Johnson from the Corporation for National and Community Service noted last week that geo-location data is improving to the point that soon your mobile device may deliver ads for goods and services within 100 yards of your location.

For government the potential is endless as we move towards the Internet of Things. Gwynne Kostin recently described a emergency weather alert “flash mob” she experienced when she and other people around her had their mobile devices ringing in unison with the alert. She said this type of innovation is not just about the mobile device, the social or even better data—it’s about combining these aspects of DigitalGov in user-friendly ways.