Amidst the chaos of an active shooter event, preparedness is key to a seamless, swift and effective response—and a new video game funded by the Department of Homeland Security (DHS) Science and Technology (S&T) Directorate and the U.S. Army Research Laboratory just might do the trick. 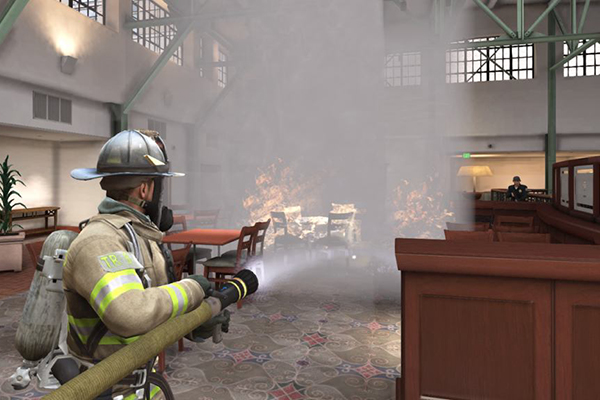 “We developed the EDGE virtual environment to be completely true-to-life,” explained Milt Nenneman, Program Manager in S&T’s First Responders Group. “Everything from the hotel lobby to the elevators to the boiler rooms to the bedspreads in the guest quarters, was built completely to scale.” The scenario is based on a real hotel in Sacramento, where the program was piloted with local response agencies.

EDGE also features authentic response vehicles, tools, and personal protective equipment. The training is not pre-scripted; most EDGE avatars—including the actual shooter—are controlled by the responders themselves using agency-standard operating procedures to guide all training outcomes. Responders navigate their avatars as they would act in a real emergency, responding to threats according to their department’s policies.”

The beauty of EDGE is it was designed to allow a single agency to train its staff, or multiple agencies can train together across disciplines and jurisdictions for a more synchronized response. And, unlike real-world training exercises, EDGE doesn’t cost money for agencies to travel to a single location—they can conduct the training from their own home stations. The goal: improve coordination and communication before an active shooter or other catastrophic event happens in order to mitigate injuries and loss of lives during a live response.

All actions are determined by first responders’ own decisions in the environment, which means the game can play out differently depending on the specific training exercise and first responders’ actions. Because of the open sandbox, a department’s instructors can create any event or scenario to reinforce their training curriculum.

“These days, it is essential that responders have every tool at their disposal to prepare for and respond to critical incidents,” Nenneman added. “Those first at the scene must make decisions in a flash, and in those initial moments every bit of training helps to save civilian and responder lives.” 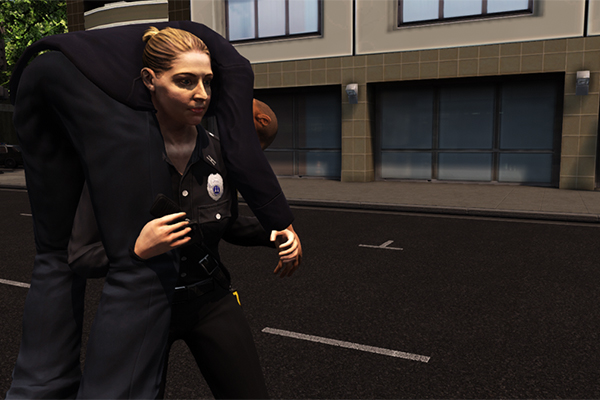 S&T and the Army plan to release a second EDGE active shooter training scenario using a school as the backdrop later this year. Like the hotel scenario, the school shooting environment will be available for free to all first responder agencies and personnel charged with school (and student) protection.

“These types of incidents are now an unfortunate reality, and when schools come under fire everybody becomes a first responder,” Nenneman said. “This EDGE scenario was created to train staff on the critical steps to take, whether corralling students for a quick exit to a safe location or barricading classrooms before responders arrive on the scene.”

The EDGE school environment will be released in fall 2017.

Agencies interested in obtaining a free copy of the EDGE hotel scenario or who have general EDGE inquiries may do so by emailing first.responder@hq.dhs.gov.

This post was originally published on the Department of Homeland Security (DHS) blog.