Cancer clinical trials are a critically important step on the pathway for new or improved treatments to make their way to patients in clinics and hospitals in towns and cities across the country.

Patients and their loved ones are relying on these rigorous studies to determine whether promising new therapies and approaches might extend how long they live or improve their quality of life.

For many years, a steady number of patients with cancer, approximately 5%, have participated in cancer clinical trials. Clearly, if we’re going to make the kind of progress against cancer that is envisioned by bold initiatives like the Cancer Moonshot, being led and championed by Vice President Biden, then we have to continue developing innovative ways to improve participation in clinical trials. 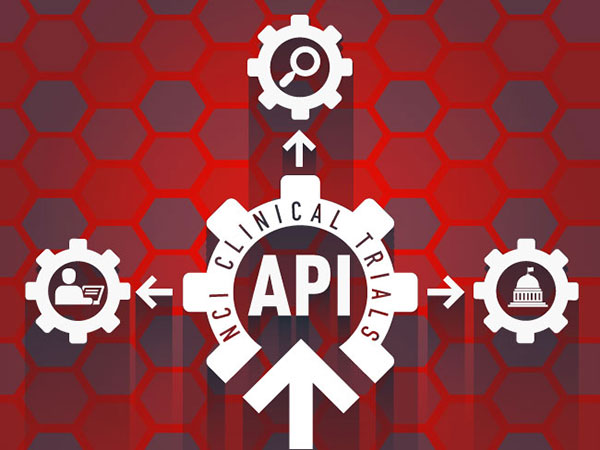 There are a lot of reasons why more people don’t enroll in clinical trials. In some cases, they are too sick. Or sometimes they don’t trust the idea or intent of a clinical trial.

But another important reason that too few people with cancer enroll in clinical trials is that they don’t know about them or can’t find one for which they are eligible.

Despite the best efforts of federal health officials, researchers, and others involved in organizing, running, and promoting cancer clinical trials, it can still be difficult for patients—along with their family members and oncologists—to find clinical trials for which they might be eligible.

Our effort to help remedy this situation began earlier this year, after President Obama announced the Cancer Moonshot during his State of the Union address. NCI, in partnership with the White House Presidential Innovation Fellows (PIF) program, launched trials.cancer.gov, a streamlined, user-friendly website for searching for NCI-supported cancer clinical trials.

The next big step is to make the information on trials.cancer.gov available through a new application programming interface (API).

So what’s an API? It’s a conduit, or middleman, that allows programmers to access certain data from a database or other source—in this case, from NCI’s Clinical Trials Reporting Program, which collects and houses data on all NCI-sponsored clinical trials—to integrate into their own applications.

Your favorite traffic and weather apps on your phone, for example, rely on APIs to access the data they need to let you know where the next accident is or whether you need to bring an umbrella to your child’s soccer game.

This new API from NCI will allow third parties such as advocacy and patient organizations, cancer centers, and researchers to build web applications, search tools, and other resources to help patients find the right trial for them.

In other words, with this API, we are making it possible to deliver clinical trial information to the patient where he or she is—on the web, in their community, at their physician’s office.

This API is also important because it’s the product of the unique collaboration between NCI and the PIF program.

This is just one example of the kind of collaboration envisioned by the Cancer Moonshot, bringing together two components of the federal government to tackle solutions to critical problems.

A prototype of the API, the alpha release, was released in June. It was tested with different targeted user groups and improvements were made based on the feedback we received.

Today, Vice President Biden is announcing the release of the next version of the API, the beta release. Over the coming months, the NCI and PIF team will do further user testing on this release, resolve bugs and other issues, and make additional improvements based on user feedback.

With the beta release, we took a substantial step: trials.cancer.gov is now “consuming” the API. In other words, NCI is now using the API to power searches for NCI-sponsored clinical trials on its website. Additionally, several other groups are already using, or are well along the road to using, the API for their own patient communities. 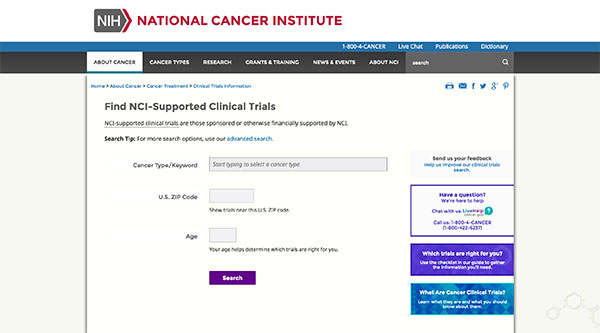 For example, Smart Patients, an online community that helps patients and families affected by cancer, is using the API as part of its trial search tool. And TrialReach will soon launch a search tool to help patients with lung cancer find the right clinical trial. The TrialReach tool will allow patients and physicians to tailor a search using each patient’s pertinent clinical and molecular data, including the presence of certain genetic alterations in the patient’s tumors.

Two other patient-focused organizations, Syapse and Cure Forward, will also be using the API in their trials search tools soon.

The creation of this API is not a static event. Just as we have tested and refined it through the initial releases, we will continue to make changes and improvements to it over time. Users are encouraged to provide feedback and suggest improvements for future releases.

Based on the strong response we’ve received thus far, we’re optimistic that the availability of this new tool will, over time, help connect more patients with cancer with a clinical trial and help bring effective new therapies to patients in need more quickly and efficiently.