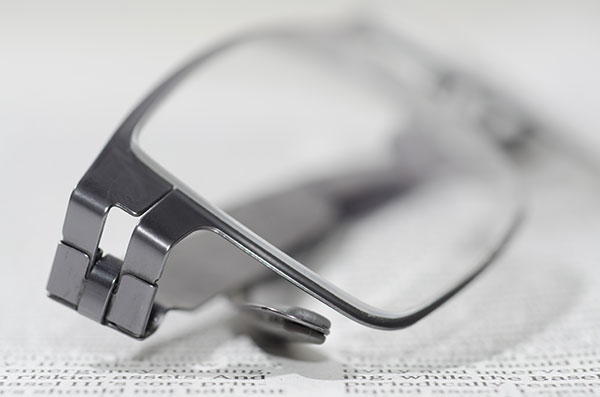 It’s a forgone conclusion that usability studies are effective in identifying weak points within a website, but what about testing people who are visually impaired? How hard is it to accommodate them? There are some additional challenges that you may encounter when conducting testing with people with disabilities; however, these challenges should not be considered overwhelming.

I spoke with Peter McNally, a Senior Usability Consultant at the User Experience Center at Bentley University, to get his take on usability testing with users who have visual impairment.

Why does testing matter?

Perceptions exist that users with disabilities are a very small user population and not the primary set of users. In a consulting setting, your client may not feel that visually impaired users represent true users. However, looking at any recent demographic figures should counter this perception: according to the National Federation of the Blind, there are over 6 million people with a vision impairment in the United States (statistics as of 2012).

How can I find users for testing?

If you typically use a recruiting firm to get usability testing participants, ask if they have any experience with recruiting people with disabilities. Also, reach out to local disability advocacy groups as they may have a pool of willing participants that want to help out and get their voices heard.

How can I prepare for participants that use assistive technology (AT)?

Visually impaired users typically customize software such as screen readers or screen magnifiers. As part of the recruiting process, ask what AT and version they use. If possible, ask them to bring their equipment to the usability testing if you are testing at your location. However, there may be compatibility issues with the usability testing equipment and software. Another option is to go to their workplace or home so you can see their set up. Lastly, contact your local Easter Seals chapter as you may be able to borrow AT for your testing.

What are some logistical challenges to be aware of?

When having users with disabilities come to your location for usability testing, there are some challenges to be aware of. First, make sure you confirm the transportation details with the participant. Will they be getting public transportation, using their own transportation, or relying on a taxi? It is best to have them call you from their cell phone and meet them outside your office when they arrive. If they are taking a taxi, you might offer to pay for the trip, if this is in your budget, or increase the compensation to cover the additional costs.

Once you greet them, you will need to bring them to your testing location. Ask the participants if they would like to be guided. They may not, but it is good to ask. The NCBI Group offers suggestions on how to guide a person with a visual impairment.

Make sure the building you will be testing in is accessible. Review the most accessible route beforehand. Locate the elevators if necessary and review all fire drill procedures in case you need to evacuate the building during testing.

Do you have any final suggestions?