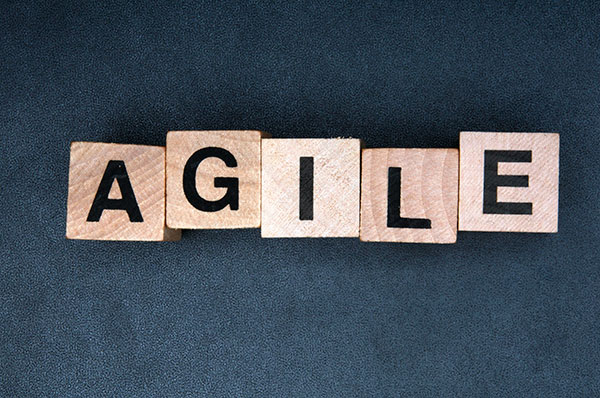 Content is one of the most important things about your site. After all, it is what keeps your users engaged and keeps them coming back to your site. Depending on the type of website your agency manages, you should always think of ways to best deliver your content to your end users. If the content you provide is constantly changing or evolving, then you should present this content in a way that is as equally dynamic and allows for the end user to easily manipulate the data to find what they need.

The Office of U.S. Foreign Assistance Resources, an office of the State Department, is in the process of redesigning its website to provide better access to content for its users. The agency sought feedback from multiple sources and was able to determine the problems and challenges with the site. From the research, the agency could see the original site had a lot of repeat visitors, but they also found that new visitors did not spend much time on the site, for the reasons listed below:

In addition to those things listed above, the office began to realize the needs of the users were changing and the kind of data being added to its site was also evolving. All of these issues called for a change in the website. “The original site was designed around a very basic set of data and simple graphics,” said Jessica Klein, Advisor in the Office of U.S. Foreign Assistance Resources. “As the number of agencies providing data increased from two to 10 and the types of data expanded from high-level budget requests to detailed financial transactions and programmatic information, the site grew in a patchwork way that no longer made sense to our customer.”

The data the users needed was often available on the site, but there were issues because it was not easily findable or manipulable. The agency has addressed this problem by allowing users to locate data via search and interactive maps about a particular office, country and project sector.

The office has been redesigning the website using an agile methodology since the launch of this project. The needs of the user have been the primary concern of the website redesign. “Throughout the redesign process, end users were involved and helped direct the style, navigation, and features of the site”, said Klein. “We explore all of the feedback received, discuss with the team, and determine if it adds value. We realized that FA.gov could not meet every need of every stakeholder, but we were able to settle on key themes, and build those into the site.” The office actively seeks out information from the public. Currently, a beta version of the new site is live and allows for users to provide feedback about the new site.

In order to better understand its visitors, the Office of the U.S. Foreign Assistance Resources developed personas. “We conducted multiple meetings with these end users to understand how they would like to use a redesigned site,” said Klein. “We found we had two main types of audiences: The first group already knows foreign assistance and wants to quickly download the entire dataset and conduct analysis using their own tools, and the second group is comprised of foreign assistance novices who want the site to provide easy-to-understand charts for high-level questions.” With the personas, the office was able to make decisions concerning layout and content that would be most beneficial to the end users.

The new website design is simple and intuitive. When comparing the amount of time it takes do a specific task on the new site versus the old site, it takes less clicks and is more engaging visually. The new design addresses all the issues that the agency discovered from user feedback. 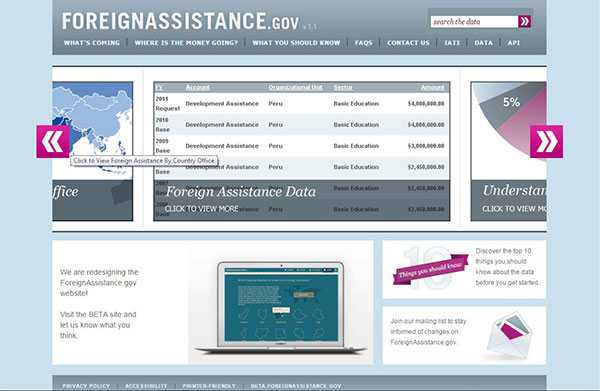 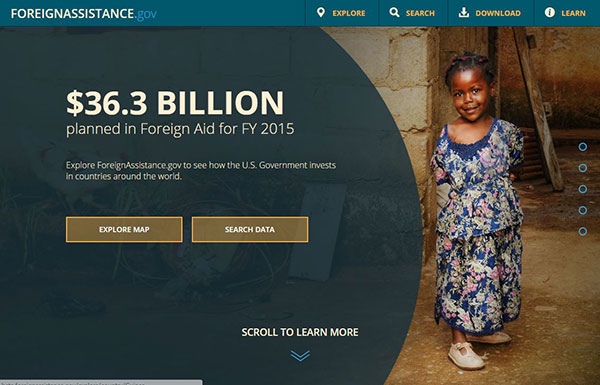