Government websites must be accessible to all, which includes those who speak languages other than English. There has been a lot of progress in this area, and government websites typically provide access to content that helps users find information in their own language.

One common problem, however, is an inconsistent method of displaying access to information for limited English proficiency (LEP) users. This comes from a lack of clear guidance on how to indicate content in languages other than English. For example, some websites display a language toggle in the header, while others display it in the content area or footer. This can hinder the ability of users with limited English proficiency to find the information they need to complete their tasks.

It has become clear that there is a need for consistent guidance for government developers, content specialists, and designers on how and where to display content in languages other than English.

In response, a group of members from the Multilingual Community conducted research, discussed their findings, and drafted solutions based on the number of languages and content being offered.

Thank you to the six community members representing four agencies who led this effort!

The group came together to review websites across government and industry. They considered usability testing that had already been performed on these websites, and they took into account accessibility requirements. Finally, they recommended future usability testing with limited English proficiency users — with the understanding that guidelines should be updated based on those findings.

So far, the group from the Multilingual Community has proposed guidance for three scenarios: 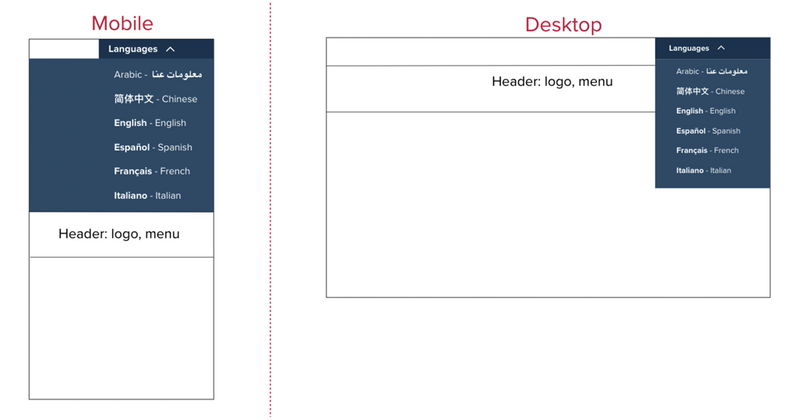 Prototype of a potential solution for a drop-down language menu located at the top of the page.

In their solutions, the group identified the following areas that could be made more consistent when displaying content in languages other than English: 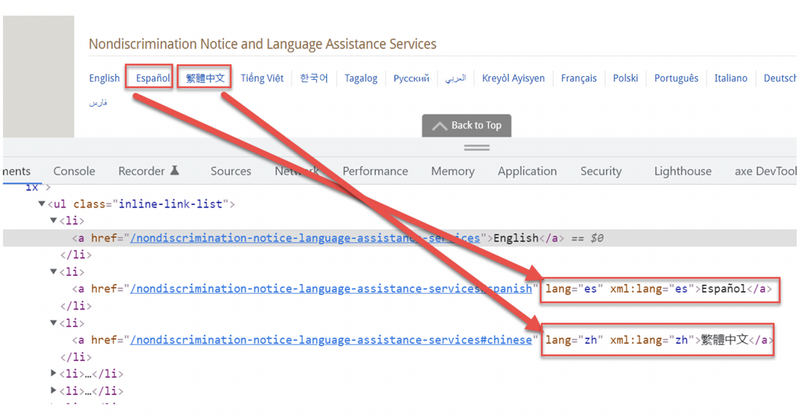 The Multilingual Community plans to work with the U.S. Web Design System team to publish the final guidance that can be implemented across government websites.

Everyone can contribute to the design system. Do you have ideas on what should be included in the final guidance?

Contribute to discussion on the language selector component.