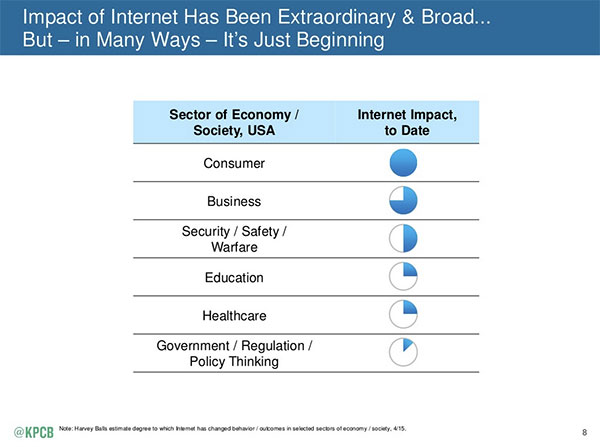 Silicon Valley analyst Mary Meeker’s annual 2015 Internet Trends report has been released and is an exhaustive analysis of the world’s digital evolution (often mobile first driven) and how it is affecting business, culture and information. Previous years’ reports have tracked emerging tech from mobile to 3D printing, and this year is no different.

Here are some of the key highlights from the report for government agencies and mobile-focused people:

Read more of the data-rich report and share it with your co-workers, then dig into the DigitalGov mobile archives to prepare your strategy to become more mobile-friendly.