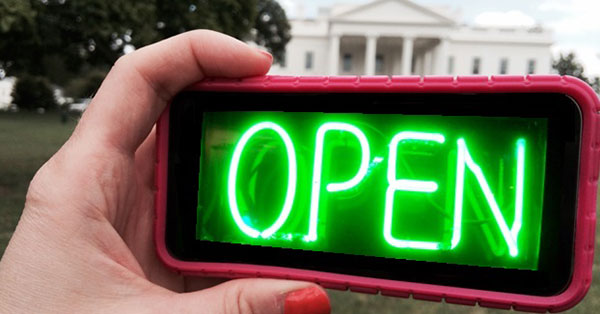 Public participation—where citizens help shape and implement government programs—is a foundation of open, transparent, and engaging government services. From emergency management and regulatory development to science and education, better and more meaningful engagement with those who use public services can measurably improve government for everyone.

A team across the government is now working side-by-side with civil society organizations to deliver the first U.S. Public Participation Playbook, dedicated to providing best practices for how agencies can better design public participation programs, and suggested performance metrics for evaluating their effectiveness.

Developing a U.S. Public Participation Playbook has been an open government priority, and was included in both the first and second U.S. Open Government National Action Plans as part of the United States effort to increase public integrity in government programs. This resource reflects the commitment of the government and civic partners to measurably improve participation programs, and is designed using the same inclusive principles that it champions.

More than 30 federal leaders from across diverse missions in public service have collaborated on draft best practices, or “plays,” lead by the General Services Administration’s inter-agency SocialGov Community. The playbook is not limited to digital participation, and is designed to address needs from the full spectrum of public participation programs.

The plays are structured to provide best practices, tangible examples, and suggested performance metrics for government activities that already exist or are under development. Some categories included in the plays include: encouraging community development and outreach, empowering participants through public/private partnerships, using data to drive decisions, and designing for inclusiveness and accessibility.

In developing this new resource, the team has been reaching out to more than a dozen civil society organizations and stakeholders, asking them to contribute as the Playbook is created. The team would like your input as well! Over the next month, contribute your ideas to the playbook using Madison, an easy-to-use, open source platform that allows for accountable review of each contribution.

Through this process, the team will work together to ensure that the Playbook reflects the best ideas and examples for agencies to use in developing and implementing their programs with public participation in mind. This resource will be a living document, and stakeholders from inside or outside of government should continually offer new insights—whether new plays, the latest case studies, or the most current performance metrics—to the playbook.

We look forward to seeing the public participate in the creation and evolution of the Public Participation Playbook!

This post was originally published on the White House blog by Corinna Zarek, Senior Advisor for Open Government for the U.S. CTO, and Justin Herman, SocialGov lead for the General Services Administration and is managing the U.S. Public Participation Playbook project.