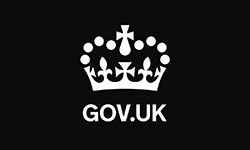 Our digital gov neighbors in the U.K. have been working on their own digital strategy, including the consolidating into a single website. When the GOV.UK team introduced social sharing buttons, that allow users to post a link to the page on Facebook or Twitter, on their pages, it wasn’t in response to audience request, but as an experiment. And after two and a half months, they decided to do some analysis. They found that their overall sharing rates using the buttons were low, less than 1%.

But, they did find some noteworthy data about their mobile users. While they found mobile users were as likely as desktop users to share via these buttons, some stories mobile users were more likely to share. They hypothesized that this had to do with the time of day the stories were posted or there was “an intrinsic ‘shareability’ of particular stories being suited more to mobile audiences.”

Here are a few additional insights the GOV.UK team shared:

They’re going to do more digging and we’ll be interested to see what they post on their Inside GOV.UK blog.