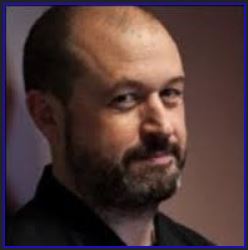 We have long believed that “governments learn best from other governments” and encourage far-ranging discussions with experts from other countries, as well as state and local governments. An example of this came to fruition when Michael Bracken, creator and director of the United Kingdom’s Government Digital Service, spoke to a cadre of Presidential Innovation Fellows and others in the GSA auditorium.

Bracken is in charge of using the new and ground-breaking gov.uk website and other UK government innovations to deliver fully digital government services to citizens. With two and a half years of government experience, preceded by many years as a digital pioneer in the private sector, he offered a key lesson for designing and developing “democracy” websites:

Create civic products that are so good that government needs take a back seat to user needs.

Starting with the needs of users, he said, the UK radically shifted the way the government provides services. “That’s a huge thing,” he said. “It means an end to big IT, it means smarter and cheaper services that meet users’ needs, and it means digital sitting at the heart of teams all around government.”

He advised against using focus groups or surveys for user feedback, preferring to look at user behavior and other indicators of trust in government.

Bracken acknowledged there are forces acting on government — like procurement — that make providing government digital services “not complicated, just hard.” However, he stressed, “You don’t have to fix these problems by meeting them head on.” How to do this? “Tackle the hard stuff by routing around” the barriers. For instance, “don’t procure, commission.”

He also noted the importance of strengthening government’s IT workforce. “We just don’t outsource,” he said, referring to the UK’s Government Digital Service. “We do what we need with our skills in-house.” He has about 300 employees, approximately 120 in development and engineering, most of whom are on a two or three year contract with the government.

“Start recruiting now,” he advised. “There is a generation of people who want to come into government. They are deeply committed to improving service, driven by peer review and working on things that matter.”