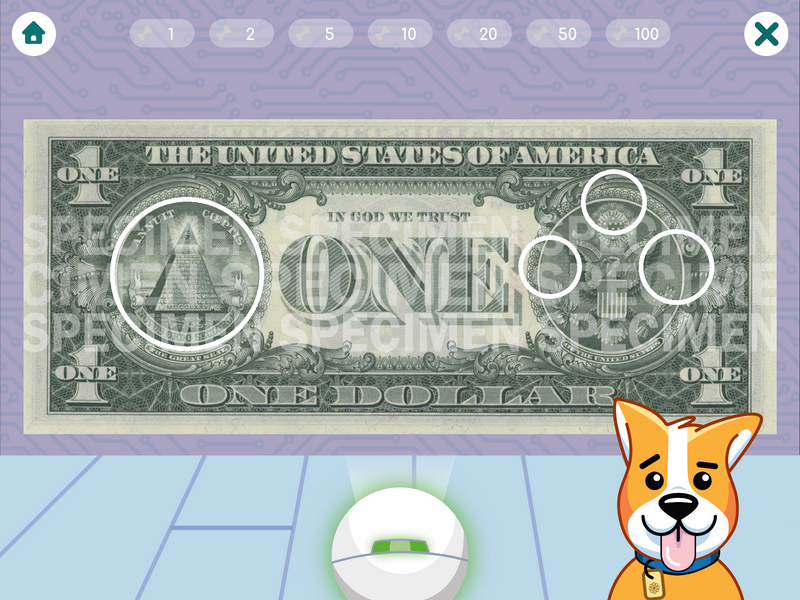 The iOS version of Money Adventure launched in January 2019. As the Federal Reserve Board’s first public mobile app, the iOS app increased the value of the central bank’s digital outreach. However, market research revealed that not all educators have access to Apple devices in their classrooms. Many use Android devices, such as Chromebooks, for in-class instruction. To expand the usability of Money Adventure and ensure that as many students as possible have access to the app, the Federal Reserve Board developed an Android version of the app. 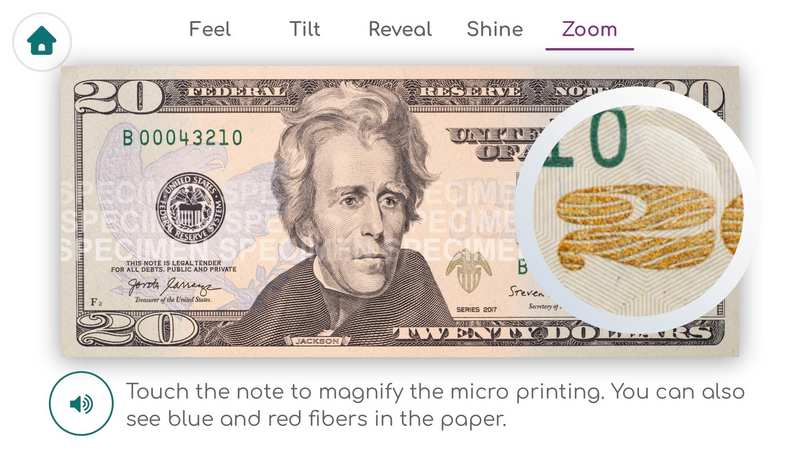 Similar to the iOS version, the Android version of Money Adventure contains a note front and note back explorer. The note front explorer reveals the unique security features of the $20 bill to students as they interact with the virtual banknote. The Android app contains a 3D note back explorer that allows students to go on a quest through historical events illustrated on the back of U.S. currency. While this experience differs slightly from the augmented reality experience that can be found in the iOS app, students are still able to view 3D images and videos of the historical designs depicted on the back of banknotes. After downloading the app, students can venture through the app on either operating system without an internet connection.

Download the app in the Google Play Store for Android devices or the App Store for Apple devices!