In early April, the National Institutes of Health put out a call for images highlighting NIH-funded scientific research. The image call was posted on the NIH image gallery website and advertised through the NIH Public Information Officers (PIO) Network.

The NIH Image Gallery, which averages 6,000 views per day, features free-to-use images for the general public, educational institutions, and news media. Through the sharing of images, NIH hopes to distribute educational information, increase public outreach, and expand awareness of the scientific discoveries and breakthroughs being made by NIH-funded research.

The data call closed at the end of May, and NIH received over 50 image submissions from 24 different funded institutions. Subject matter included mostly scientific images, along with some images of lab and clinical research. The selected images have been posted to the NIH Image Gallery on Flickr in the Funded Research album. 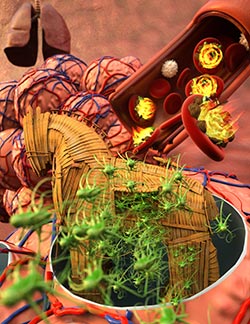 The project was deemed a success and NIH will continue growing its image gallery with future data calls.

Thank you to all that participated and we look forward to your future submissions!