Big news in the technology world as Microsoft unveiled HoloLens and Microsoft’s use of holographic computing in the upcoming Windows 10 release. Holographic computing or augmented reality uses computer-generated images that are overlaid on real world videos. For example, a user can view a car through their smartphone. An app can project information such as make and model, fuel mileage, and other facts onto a real-time view of a particular car. The value of augmented reality apps is that the app can recognize a real world object and provide the user relevant information concerning the object. 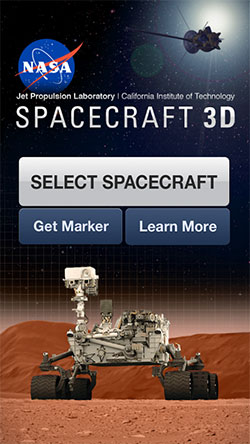 The federal government has a few augmented reality apps that demonstrate the power of holographic computing. Download the National Aeronautics and Space Administration (NASA) Spacecraft 3D app (Apple or Android). After installing the app, you can view a three-dimensional model of the Curiosity Mars rover in stunning detail on your front lawn. During the 2014 Holidays, a Postal Service augmented reality app allowed users to view animated messages whenever the user scanned one of the Postal Service’s blue mail boxes. This was a demonstration project to convince marketers that they could also attach augmented reality advertisements to postal products.

Since Google Glass was introduced, federal agencies have thought of many possible applications for holographic computing to improve operations in government agencies and government services to the American public. In 2010, the National Oceanic and Atmospheric Administration (NOAA) released an augmented reality educational kiosk to teach children about pollution. Another suggestion is to use an augmented reality app to tag a suspicious person digitally as he or she travels through an airport. The digital tag can be shared by Transportation Security Administration security agents as they scan the crowds of travelers.

(Note: the mention of HoloLens, Google Glass, Microsoft, and Google were used for illustrative purposes and does not imply my endorsement of these products or the companies.)

Each week in “The API Briefing,” I will showcase government APIs and the latest API news and trends. Visit this blog every week to learn how government APIs are transforming government and improving government services for the American people. If you have ideas for a topic or have questions about APIs, please contact me via email.

Dr. William A. Brantley is the HRIS Branch Chief in the USDA’s Rural Development Human Resources Office. All opinions are his own and do not reflect the opinions of the USDA and GSA.