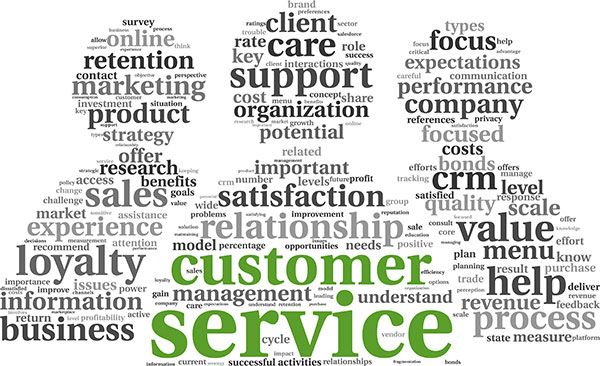 As 2014 draws to a close, agencies across the federal government are beginning to think about what the customer experience (CX) landscape will look like in the years ahead. There is little doubt that 2014 saw the government make great strides on this front, setting in motion a number of initiatives that will help ensure that CX will soon take root as a central management discipline across the Executive Branch. If this was the year of planting seeds—and if 2015 will be the year of germination and nurturing—then we can look to 2016 as the year in which agencies’ CX efforts may begin to truly bear fruit. Here are five reasons why that may be the case.

Executives from 15+ government agencies have formed a Community of Practice that is focused on pursuing this presidential management goal. Via quarterly meetings and interim communications, they are already working to identify ways to improve customer transactions, act on customer feedback, create recognition programs, and develop employee skills across government.

The GAO works to improve the performance and ensure the accountability of the federal government. In October 2014 alone, GAO released two government CX-oriented reports: one report on how customer feedback should be solicited and used to improve products and services, and the other on how five agencies could better articulate and publicly report quantifiable service standards and metrics. GAO attention signals that agencies will continue to be tasked with setting customer standards and reporting performance metrics results publicly.

FY2016 budget guidance sent to agencies earlier this year from the Office of Management and Budget (OMB) specifically noted that agencies “are encouraged” to continue to invest in the presidential CAP goals, “with a particular focus on customer service….” IT improvements, leaning business processes, training, and talent development costs money—the budgetary language is, at a minimum, an opening for agencies to begin the process of taking action on CX improvements.

The Department of Education and Export-Import Bank have had CX executives in leadership roles for more than two years. GSA hired a Chief Customer Officer earlier this year. In early November, the Veteran’s Administration announced that they will be adding a Chief Customer Service Officer.

Focus from Outside of Government

The Partnership for Public Service issued a significant study on government CX in 2014. ACT-IAC’s annual Executive Leadership Conference added a “citizen services” track for its 700+ federal government and consultant participants. Some private sector consulting firms have also started getting serious about building “government customer experience” practices, which signals their perception that CX will be a focus of government agencies in the years ahead.

While some organizations tend to think of CX as a series of projects or initiatives, it is clear that many within the government are striving to make customer-centricity a permanent part of the culture of their agencies—to indoctrinate CX concepts into everything they do. Even in the private sector, though, new management practices take time to evolve. That is why, while 2015 will certainly be a time of continued customer focus for federal agencies, we may ultimately see 2016 as a “Year of the Customer” in government.