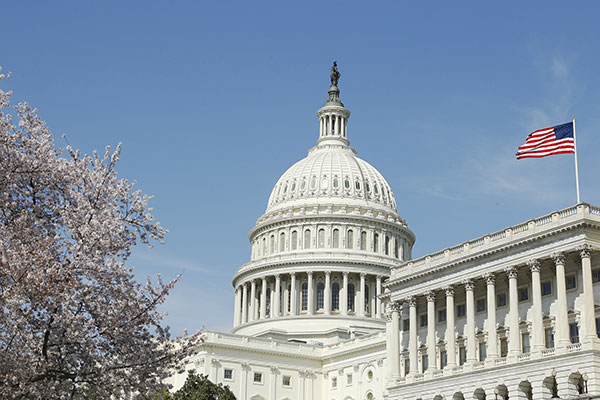 If you haven’t heard about @congressedits yet, it’s a Twitter bot that was recently created to tweet out every anonymous edit made to Wikipedia from Congressional IP addresses. So, anyone editing articles on Wikipedia without logging in, and doing this while on Congressional Internet access, will have those changes tweeted (like this).

Some of these have been productive and some embarrassing, but, in the past, some edits from Congress have been described on Wikipedia as politically motivated and even libelous. And they can make news headlines, especially when Wikipedia has to block a Congressional IP for abuse. @congressedits has gone viral, with media coverage and more than 25,000 followers. And dozens of other Twitter bots have been set up to watch other targets of public interest—including major corporations, other national governments, and, yes, now U.S. federal agencies. The lesson here is that there is undoubtedly public interest in what is coming from the IPs from of the federal government, and there is the potential for public controversy if it happens to be anonymous PR-type work (even if it’s just a small number of well-intentioned edits that didn’t stick) or worse.

Wikipedia is more like a public forum than a brand page. There are valid, mission-centric and ethical ways to edit it, but editing articles for PR or politics is likely to get you in hot water. It is against Wikipedia’s ToS to make edits for pay without disclosing your employer, even if they are made in good faith.

So, what can you do?

First, agencies can find out for themselves what is coming out of their IP range before it becomes an issue. You’ll need to find out the IP range(s) associated with your agency or office. There are external registries listing IPs associated with organizations, but you are likely to have better accuracy by going to your IT department (try to find someone who works on network management or operations). With an IP range in hand, you can use XTools (an open-source tool on Wikimedia Labs) to search the contributions of all the individual IPs. For added certainty, you can try to find out specific IPs or IP subranges for public terminals or public wifi, if any of your facilities have public Internet access, to filter them out. And note that this method only surfaces anonymous edits, since that is the only time IP addresses are made public on Wikipedia. There could still be someone editing under an account name in your agency doing things that could reflect poorly if the affiliation becomes known.

Second, you may want to think about developing best practices around Wikipedia to channel any internal interest in Wikipedia in the right direction. At the National Archives we created staff guidelines about Wikipedia engagement and have published them publicly on Wikipedia; the Department of Health and Human Services has drafted guidance as well. Best practices might include principles like:

We also have blogged about our approach to conflicts of interest, developed standard disclosure language for the user profiles of staff Wikipedia accounts, and include Wikipedia engagement in our open government efforts. These sorts of activities enforce transparency and promote mutual understanding between staff and the public. They would also serve as important evidence of your good faith when dealing with potential issues in the future.

At NARA, we’re dedicated to engaging with Wikipedia in order to increase public access to government records. Wikipedia is an incredibly popular general information source—and the articles related to NARA holdings see over a billion views per year—which means it helps us reach greater audiences. For those agencies whose missions may align with Wikipedia’s educational purpose, I encourage you to consider participating thoughtfully and ethically in order to better serve the public.

Want to learn more about NARA’s citizen engagement efforts (including Wikipedia)? Stay tuned to DigitalGov for more posts from NARA’s Office of Innovation!Dominic McDevitt-Parks is a Digital Content Specialist, Wikipedian in Residence at the National Archives and Records Administration. Editor’s Note: This post originated from a inter-agency dialogue within the SocialGov Community of 700 digital engagement managers from more than 120 federal missions. If you would like to join to the SocialGov Community, send an email from your .gov or .mil address to justin.herman@gsa.gov with “Subscribe to SocialGov” in the subject. This article is part of this month’s editorial theme on our DigitalGov Communities. Check out more articles related to this theme.