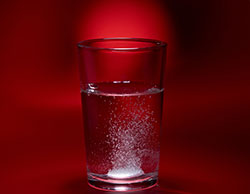 We often think of social media as a way to expand our audience, but some public health departments are using it as a new tool for tracking outbreaks of salmonella, e. coli, and other foodborne illnesses.

It’s a familiar story: A nice meal out results in days of gastrointestinal discomfort when you realize only too late that the clams were a mistake. You may post to your facebook page and tag where you were, but chances are you never even send a

to your local public health department. Without that information, it’s hard to track the source and prevent problems from spreading.

A Tale of Two (Food) Cities

Chicago and New York have been known to battle over the best pizzas and hotdogs, but now they’re battling to be on the cutting edge of tracking foodborne illness. Chicago was the first, monitoring Twitter for possible food poisoning references, and New York was close behind, scanning Yelp restaurant reviews for possible outbreaks.

Both cities use data mining software to search posts for words that could signal food poisoning, like “sick,” “vomit,” “diarrhea” and, of course, “food poisoning.” Staff then contact the post-ers to encourage them to file an official complaint.

We’re from the Government and We’re Here to Help!

This may hold promise for other initiatives. Google is using similar data mining techniques to help track the flu; Medicare has started using predictive analytics to help identify potential fraud; and, in the future, instead of sending surveys, agencies may be able to gather real-time information on everything from opinions to pregnancies through such efforts.

However, this may take some finesse. Some Chicago tweeters were “caught off guard” by the outreach and, in New York, most people contacted never returned the call. Privacy is always a concern, especially when information is collected without people’s consent or knowledge.

In addition, agencies already short-staffed may find these efforts labor intensive. Chicago’s algorithm had to be tweaked since it at first flagged things like people wanting to throw-up if they heard Kelis’ Milkshake one more time. But where there’s a will, there’s a way; the city made the code open source to get some help.

All this is to say that this is an intriguing use of social media—not to reach your audience, but to make your audience reach you.

Eden Savino is a Senior Analyst in the Health Care team at the U.S. Government Accountability Office (GAO).