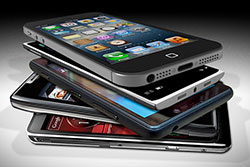 159.8 million people in the U.S. over the age of 13 owned smartphones during the three months ending in January, up 7 percent since October, according to ComScore.

That is a 66.8 percent mobile market penetration, meaning two thirds of people in the country owned a smartphone at the beginning of this year. Comscore also finds Apple continues to sell the most devices, while Android is the top mobile platform.

With the majority of people in the U.S. owning smartphones, it is imperative that agencies have a mobile first strategy. Our Mobile Application Development Program can help agencies strategize for the mobile present and future.

What is your agency doing to properly serve the mobile population? Let us know in the comments!