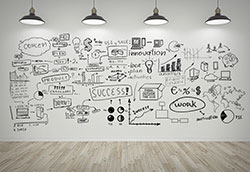 America Has Been There and Done That. Really?!

Many consider the internet to be a brilliant feat of engineering and innovation, which it is, but what I believe to be the most interesting aspect of the new cyberspace is that it mimics real-world business network innovations that have long existed in physical space. The Strategy charts a path toward the adoption of digital best practices of which there are real-world parallels that we will use to explain its benefits. The objective here is to explain the Digital Government Strategy to those unfamiliar with (or even uninterested in) web technologies.Caveat: I will be using certain fast-food companies to illustrate this as a way to explain some of the more complex issues addressed by the Strategy. I am not endorsing any fast-food restaurants or products, but they make good examples of how these concepts play out in the world around us. After reading, I hope more casual audiences might find an easier time understanding the problems the Strategy seeks to solve and the benefits that would be gained through adoption of it.

So, with that said, let’s jump right in:

Imagine if – in the back room of every Burger King – there were people making burgers from scratch. And when I say from scratch I mean from raw materials. Yummy right? Well, maybe, but imagine how slow the service and how large the building would have to be to have the farm and processing plant ON-SITE! Well, that’s – effectively – the way most governmental agencies build their web sites and apps today. You can’t blame them though. That’s the way almost everybody (including private enterprises) did it up until a few years ago.

The Virtues of a Supply-chain

The most fundamental part of a modern commercial ecosystem is the supply-chain. A supply chain is a network of organizations that work together to deliver a product. The physical infrastructures that enable modern commercial networks evolved over the centuries from cart and horse to seafaring ships to railways with standard track widths (maximizing interoperability). This progress supported more complex interactions between entities at greater speed.

Similarly infrastructures such as: broadband, 3G/4G and web standards (e.g., W3C) have enabled innovators in cyberspace to build into faster, richer and more stable relationships with each other and with users. By taking advantage of supply-chains that enable faster and more reliable interaction among interdependent entities, companies are able to deliver their products faster and more efficiently, driving down costs. The foundation that the Strategy lays down is built on a supply-chain model.

The elementary components of the Strategy’s simple supply-chain are as follows:

In computing, this 3-part supply chain is referred to as a ‘three-tier architecture’.

The Startegy proposes we adopt this three-tier architecture so that, instead of having to build all the capabilities of this system for each store (‘Burger King Farms’), agencies build a multitude of stores (presentation layer) which share a common warehouse (information layer), saving loads of money!

Imagine, for a minute, if Burger King shipped its kid’s meal (ketchup, mustard, pickles & burger between a bun, fries and toy) as a completely assembled package rather than a bunch of separate pieces. What if your kid hates pickles? It would be tainted! The point is that Burger King doesn’t do it this way because that would be inefficient. Rather, they ship individual ‘parts’ of the full package to the employee to build it to the order. This allows for the broadest application of the individual parts. For example, using the same pickles that go into a kid’s meal as you do with a family-sized meal.

What “Information-centricity” does for an agency is break up their information products into parts in a way that allows them to be selected by a machine and combined in a manner that suits the specific application. Basically, by storing agency information in a machine readable format agencies package their resources the way Burger King packages their burgers, elementarily.

“Customer-Centric”: “Have it Your Way.”

Little did you know that when Burger King, launched the “Have it your way” campaign, they were really promoting the “Customer-centric” paradigm. By allowing the customer to customize their burgers with whatever toppings and condiments they desire they made a statement: The customer is king at Burger King. Two fast-food restaurants that take this philosophy to the next level are Subway and Chipotle. Here a customer can literally create ANYTHING they want picking from ALL of the ingredients.

The lesson here is to allow people to do anything (legal) they want with your agency’s information. Package these products into parts in a way that allows a broad range of customers to pick from and combine then (‘mashup’) to suit their specific needs. This is what customer-centricity directs government agencies to do.

Example from the US Census Bureau: ‘Briefing Room’. All these leverage parts of the same content in three different applications:

One of the most important parts of the Strategy is its promotion of Applications Programming Interfaces (APIs). What APIs do is to essentially allow direct access to the warehouse (information layer). It’s kind of like having a security gate and loading dock at the warehouse that any truck can come to and do a pick up – if they have authorization (see ‘Security and Privacy’ below) .

Essentially, this turns government’s digital / information resources into a franchise, allowing entrepreneurs to build their own sites and applications on top of government information. This, effectively, takes the ‘Have it your way” mission and adds rocket fuel.

As government agencies, we are mandated to do the warehousing bit so that is what we should focus the greatest amount of our attention on getting right. The franchisor (government) can always build their own store (application / site) on their own infrastructure, but with APIs so can franchisees (third-party software developers).

Example: Applications built on the US Census Bureau’s APIs by third-parties (volunteer developers)

“Security and Privacy”: What the Shipping Container Did for Transport

The ‘Burger King Farms’ problem also poses a security risk. The issue with security in this scenario is that the product is moved around in an essentially ‘naked’ state requiring great attention to be paid to the entire building so that no one can break in anywhere and steal the goods. In effect, this is the way many agencies have to secure their information today, by locking up the whole (very large) system.

You may ask: “Now that we are now going to be splitting our system into three parts, how will we secure the product?” This same problem arose for early pioneers of the supply chain. Up until the second half of the 20th Century, most products were shipped between organizations on a supply line by loading and unloading of individual goods in barrels, sacks and wooden crates from land transport to ship and back again on arrival. This was slow and cumbersome and often stuff would get lost or break as it was exposed to pilferage and damage from mishandling and the elements.

In 1955, Malcom P. McLean, a trucking entrepreneur from North Carolina, realized it would be much simpler and quicker to have one container that could be lifted from a vehicle directly onto a ship without first having to unload its contents.

His ideas were based on the theory that efficiency could be vastly improved through a system of “intermodalism”, in which the same container, with the same cargo, can be transported with minimum interruption via different transport modes during its journey. Containers could be moved seamlessly between ships, trucks and trains. This would simplify the whole logistical process and, eventually, implementing this idea led to a revolution in cargo transportation and international trade over the next 50 years.

Similarly, the concept of the secured (locked) shipping container can be applied to information. By securing the information ‘at the source’ by packaging it securely in a standardized bundle instead of babysitting it throughout the delivery process, agencies can rest easier as the information flows through the system. By locking these containers with role-based access control, agencies can control the kinds of authorization granted to different users.

“Shared Platform”: Another Secret of the Freemasons

As we have reviewed many innovations in the brick and mortar world, it’s appropriate that I end with an analogy of one of the oldest and most famous traditions therein. The Freemasons.A caveat: I realize this may stoke the attention of any good conspiracy theorist, but please do not steal the Declaration of Independence to search for a treasure map on the back by rubbing lemon juice and breathing all over it. This is really just too good an analogy to not use, so with that…

The freemasons were master builders. As such, they held all kinds of jealously guarded tricks of the trade — a vast inventory of knowledge about material selection, personnel management, geometrical proportioning, load distribution, design, liturgy, and other building traditions. The venue for the sharing of this knowledge was and still is the Masonic Lodge.

What the ‘Shared Platform’ concept in the Strategy promotes is the reduction of redundancy in creating and the sharing of knowledge, experience and shareable technologies within and between government agencies. Much like the masons – when sharing the tricks and tools of the trade within and between lodges through ‘master’ and ‘apprentice’ relations – the Strategy seeks to lay the groundwork for a more collaborative, interrelated and well managed government. However, unlike the masons, the Strategy promotes an open-door culture where invitations are extended to anyone who wishes to collaborate to encourage maximum expression of efficiency rather than maximum cultivation of competitive advantage (building cathedrals better than anyone else).

To quote the Strategy:Agencies must begin to look first to shared solutions and existing infrastructure when developing new projects, rather than procuring new infrastructure and systems for each new project. They must also share ownership of common service areas, both within and across agencies, instead of creating multiple websites on the same topic. To alleviate the burden on individual agencies, prevent duplication, and spur innovation, we must provide central support for the adoption of new technologies, development of better digital services, and strengthening of governance.

The GSA serves a central role here. Kind of like the Grand Lodge, the GSA serves as the fountainhead of much of these great shared resources. The key will be for all government agencies to open up channels to both take from and share knowledge and technological resources with the GSA and their sister agencies. By sharing, agencies can build on top of/adapt the efforts of others for their own purposes rather than starting from square one. This saves money and technological resources of ALL involved stakeholders.

Examples of the shared platform:

The digital government strategy, itself, is a shared resource. It’s generic enough to be applied in a range of ways suitable for any individual agency, but specific enough to layout the best of the web for agencies to build upon. The first step towards a faster, more efficient and agile government capable of directly serving an ever more diverse range of users is embracing the Digital Government Strategy. Every agency would be prudent to understand it in its entirety. Just because it’s not top secret does not mean it’s not mission critical.

I hope that this post has helped you understand the DGS’s most important aspects and the values it promotes. Please feel free to contact me via email with questions. I welcome your critique and comments.