Open data and emerging technologies—including artificial intelligence and distributed ledgers, such as blockchain—hold vast potential to transform public services held back by bureaucracy and outdated IT systems. We are opening the doors to bold, fresh ideas for government accountability, transparency and citizen participation by working with U.S. businesses, civil society groups and others to shape national goals for emerging technologies and open data in public services.

At our upcoming collaborative workshop, Emerging Technology and Open Data for a More Open Government, we invite new partners to help craft potential goals to be integrated into the fourth U.S. National Action Plan for Open Government. The workshop will be hosted at the U.S. General Services Administration on September 8 by the Emerging Citizen Technology program. It will tap into U.S. private sector and federal IT modernization efforts to help ensure that the federal government leads in public service innovations designed by and for citizens. 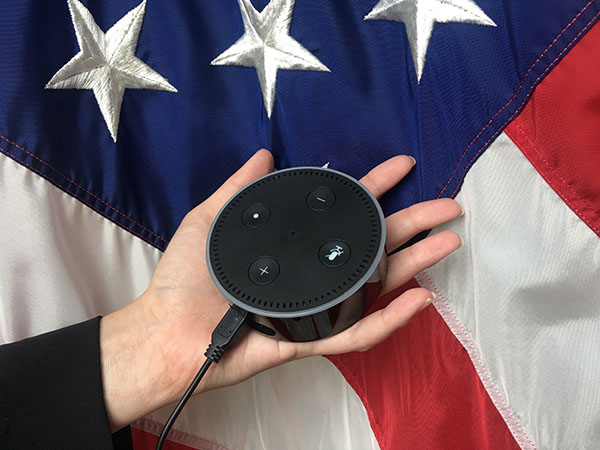 As a founding leader of the multinational Open Government Partnership (OGP), this year the U.S. government is releasing its fourth National Action Plan (NAP 4), which will outline the goals that we have set to achieve more transparent and open services by strengthening the public voice and promoting innovation and accountability reform across the government. OGP is a collaboration of 75 participating countries endorsing the Open Government Declaration to empower citizens and advance the ideals of open and participatory government.

So what makes a good goal for the U.S. National Action Plan for Open Government?

Participants in this workshop, including U.S. businesses, federal managers, civil society groups and researchers, are directed to draft proposals that specifically use artificial intelligence, blockchain and/or open data to advance federal government transparency, accountability, participation, and/or technological innovation. Goals must also introduce a new, ambitious open government initiative, and all goals must be entirely new to the U.S. government or include a new element that was not part of a past initiative.

For more information on the workshop and other transparency, merit and collaboration initiatives, please join one of our solution networks in the new Emerging Citizen Technology program. These networks are designed to bridge the gap between public services and U.S. businesses in artificial intelligence, blockchain, virtual and augmented reality and social technologies.