The first chatbot, ELIZA, was created back in 1964 to demonstrate that communication between humans and computers would be superficial. However, much to Dr. Weizenbaum’s (ELIZA’s creator) surprise, people easily formed friendly relationships with the computer program. People forming relationships with ELIZA was especially surprising considering just how simple the program was regarding generating conversational responses. ELIZA essentially parroted back what the users typed but, this was enough to convince people that the program seemed to care about the person. The ELIZA Effect was coined to describe how users attribute humanlike motives to computer programs. You can talk to ELIZA yourself at this site. 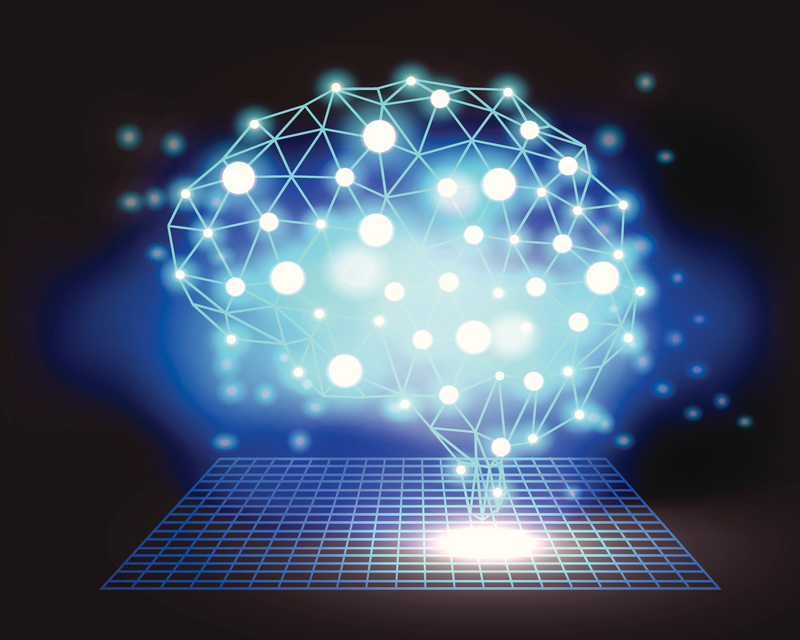 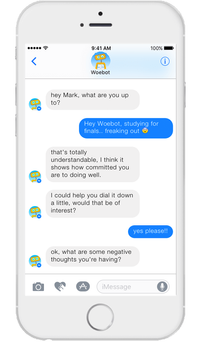 A recent academic study shows some promising results from using a chatbot as a complement to a human therapist. Called Woebot, the chatbot used cognitive behavioral therapy techniques to “help people identify and manage symptoms of anxiety and depression, through identifying and changing patterns of distorted negative thinking.” Students who used Woebot were found to have significantly reduced symptoms of anxiety and depression compared to students who only used a self-help book. Please note that this is only one study of 70 students over a two-week period but, it shows promise.

On September 30, 2015, the White House called on data scientists and app developers to help in creating suicide prevention apps. A chatbot like Woebot is on call 24/7, does not judge, and can keep the person talking while first responders are being called to the scene. Similarly, Facebook is working on machine-learning algorithms to detect suicidal thoughts in Facebook postings. The Facebook algorithms could be embedded in apps provided by the Veterans Administration or the Substance Abuse and Mental Health Services Administration.

Affective computing, is a growing computer science field that researches ways to influence emotion. Thanks to affective computing research, computer programs can now successfully detect human emotions from scanning faces. Companies are working now to determine how to embed emotion-detecting sensors into wearables, smartphones, and other Internet-of-Things devices. Imagine how emotion-detecting technology can help improve relations between citizens and the American government.

Detecting emotions while a citizen is on the phone with a government representative may seem like a joke but, think about how an affective computing chatbot can detect when a citizen is becoming frustrated during a call to a government agency. Calming techniques could lower the tension and bring the interaction back to a more productive result. Emotion-detecting chatbots can help veterans to deal with emotional issues brought on by post-traumatic stress syndrome or wartime injuries. Many affective computing applications can help people live better and happier lives through effective emotional management.

Affective computing can also be a dangerous tool of manipulation. Here also, the government must step in to guard against the abuse of affective computing and to protect the American public from emotional manipulation and abuse. Artificial emotional intelligence has great potential but, like all technologies, it must be wisely used.(All references to specific brands and/or companies are used only for illustrative purposes and do not imply endorsement by the U.S. federal government or any federal government agency.)

Dr. William Brantley) is the Training Administrator for the U.S. Patent and Trademark Office’s Global Intellectual Property Academy. All opinions are his own and do not reflect the opinions of the USPTO or GSA.