On July 4, 1776, the Continental Congress approved the Declaration of Independence, setting the 13 colonies on the road to freedom as a sovereign nation. This most American of holidays [is] marked with typical festivities ranging from fireworks, parades and concerts to more casual family gatherings and barbecues across the country.

In honor of our nation’s birthday, the U.S. Census Bureau compiled the following statistics:

In July 1776, the estimated number of people living in the newly independent nation.

The dollar value of U.S. imports of American flags in 2015. The vast majority of this amount ($4.3 million) was for U.S. flags made in China. 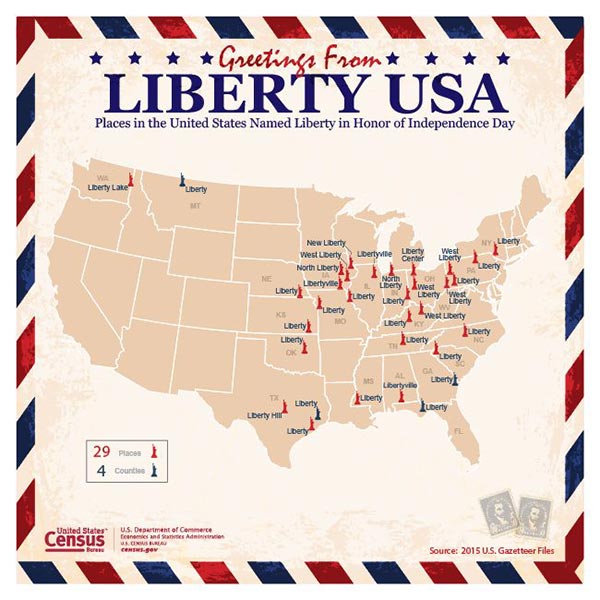 The number of signers to the Declaration of Independence. Benjamin Franklin, John Adams, Thomas Jefferson, Roger Sherman and Robert R. Livingston comprised the Committee of Five that drafted the Declaration. Jefferson, regarded as the strongest and most eloquent writer, wrote most of the document.

For more key statistics in honor of Independence Day, please go to the latest issue of the U.S. Census Bureau’s Facts for Features.

This post was originally published on the The Commerce Blog.