Last month, I worked to create a “Citizen Science Passport” for the federal agencies participating in the USA Science and Engineering Festival. Seven federal agencies offered some form of crowdsourcing or citizen science activity at their booths such as the U.S. Department of Agriculture’s exhibit on food safety or Environmental Protection Agency’s build-your-own air monitoring kit. Attendees would participate in each of the agency’s citizen science activity to receive a stamp on their passport. Collect all seven stamps and passport holders would receive a prize from a citizen science partner organization. It is great to see young people become so excited about science and engineering. 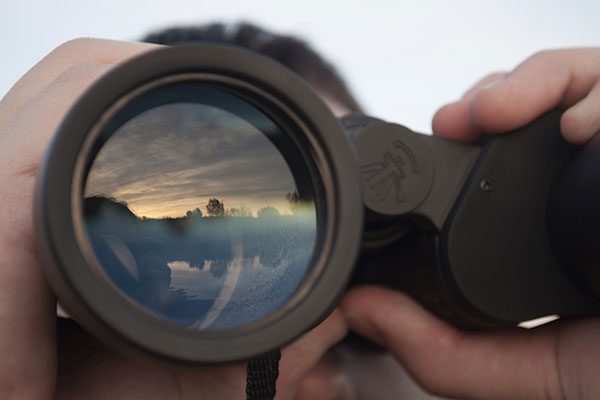 Citizen science has been around a long time. In fact, modern science started off as citizen science soon after the Renaissance and the invention of the printing press in Europe. Talented individuals would perform experiments and record their observations which they would then pass around by the nascent postal service. Fast forward to now, where millions of citizen scientists are working with professional scientists on a wide range of research projects. Recently, citizen scientists have even been listed as authors in peer-reviewed journal articles.

CitizenScience.gov was launched two weeks ago to be the central hub for citizen science opportunities offered by federal agencies. According to the mission statement:

“The White House Office of Science and Technology Policy (OSTP), U.S. General Services Administration (GSA), a number of external partners, and federal agencies are undertaking a series of initiatives to support and grow the momentum of citizen science and crowdsourcing projects across the federal government. There are two primary groups within the federal government currently working to advance crowdsourcing and citizen science use and practice. These are: 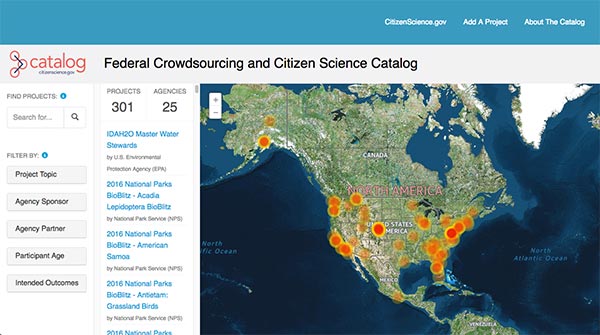 The catalog of citizen science projects lists 301 projects from 25 agencies. Many of the current projects involve the National Parks Service’s BioBlitz program in citizen scientists help identify and tag flora and fauna in the various national parks. Another project is the National Aeronautics and Space Administration’s “Adopt a Pixel” project where citizen scientists submit ground-based landscape photos to help refine satellite images of the Earth.

For agencies that want to implement a crowdsourcing or citizen science project, the site also offers a toolkit. There are step-by-step instructions, case studies, and resource library. Crowdsourcing and citizen science are a great way to engage the public in the work of federal agencies while helping to provide otherwise unobtainable information to the federal government. Crowdsourcing and citizen science can also reach beyond the purely scientific fields into the public policy domain. Citizens can help crowdsource proposed legislation and regulations, improve government services delivery, and even shape future government programs. There are many talented and inventive people in the American public that just need an opportunity and a platform to lend their talents to making government better.Each week, The Data Briefing showcases the latest federal data news and trends. _Dr. William Brantley is the Training Administrator for the U.S. Patent and Trademark Office’s Global Intellectual Property Academy. You can find out more about his personal work in open data, analytics, and related topics at BillBrantley.com. All opinions are his own and do not reflect the opinions of the USPTO or GSA._