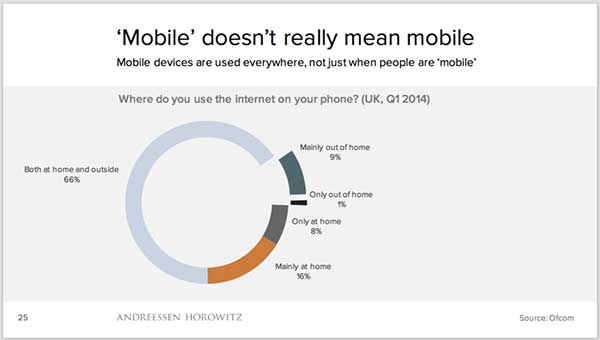 He details the history of the mobile Web and posits that the mobile Internet is the Internet now. The desktop version of the Internet audience is smaller and declining, so organizations should focus resources on developing the mobile-optimized version first.

Evans explains in the post, “Mobile is not a subset of the Internet anymore, that you use only if you’re waiting for a coffee or don’t have a PC in front of you—it’s becoming the main way people use the Internet. It’s not mobile that’s limited to a certain set of locations and use cases—it’s the PC, that can only do the Web (and yes, legacy desktop apps, if you care, and consumers don’t) and only be used sitting down. It’s time to invert that mental model—there is not the ‘mobile Internet’ and the Internet. Rather, if anything, it’s the Internet and the ‘desktop Internet.’”

Evans also predicts that this trend will continue to accelerate as more than 4 billion people on Earth already have a mobile phone and many have Web-enabled smartphones. In the post, Evans compares the trend of double-digit, year-over-year growth for smartphones and tablets with the similar year-over-year decline of laptops and desktops, clearly shown in this chart from 2013-2015: 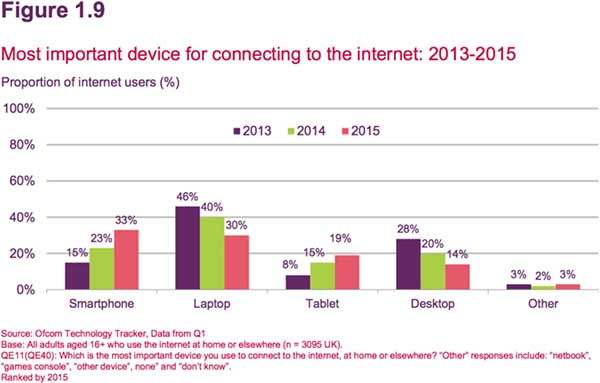 On DigitalGov, we’ve been tracking this trend and evangelizing government agencies to get mobile-first optimized. For more resources on how you can prepare your agency, check out our series of mobile articles.