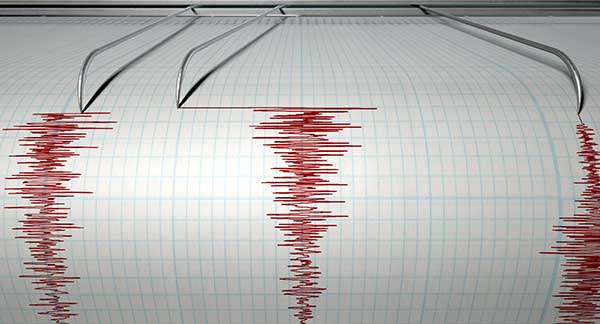 When one thinks of social media, usually it is thought of as a tool to keep in touch with friends and family. Behind all the social networking lies vast amounts of data that can be used in a multitude of ways. This data is an opportunity for government agencies to improve the services they provide to the public.

There are a number of agencies that are using social media data in order to improve services and cut costs. For example, social media data can be used to enhance the overall effectiveness of an agency’s data. The U.S. Geological Survey (USGS) operates a system that detects earthquakes using data from Twitter. This is by no means the only system that USGS relies on to track earthquakes. But, the tweet-based system serves as a tool that enhances the data provided from the USGS’s traditional methods of earthquake detection. 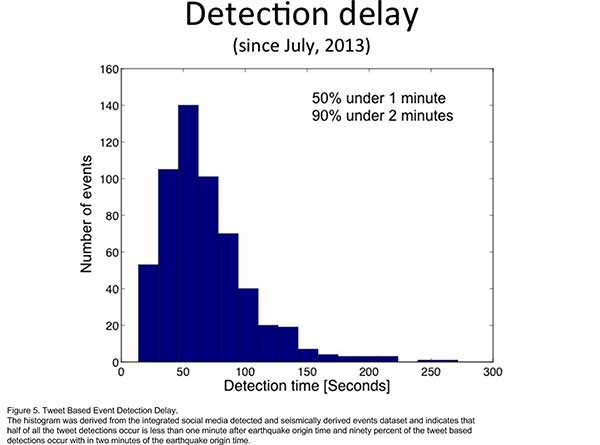 The use of Twitter allows the chatter about an earthquake to be recorded instantaneously. This is much faster than traditional methods of earthquake detection which can take anywhere from 2 to 20 minutes in sparsely instrumented areas. The nearly instantaneous detection of an earthquake allows USGS to improve its response products and delivery of hazard information.

The Tweet Earthquake Dispatch (TED) system uses an API that compiles tweets based on keywords such as “earthquake” and its equivalent in multiple languages. Specifically, the API searches for significant increases in tweets containing the keywords. In addition to searching for keywords, the API has parameters to remove tweets that are more than 7 words, contain numbers, the “@” symbol and words such as “http,” “predict,” “drill,” and “song” to eliminate tweets that are not related to an actual earthquake.

The data that the system provides to USGS scientists consists of tweets, estimated felt location, and detection time of a particular earthquake. Also, the data is presented on a map to give USGS scientists a visual representation of the data.

The use of TED to detect information about earthquakes is an excellent example of how an agency can use social media as a tool to gather information. But, the most important thing is whether or not the use of this tool can improve the services that USGS provides to the public. So far, TED has allowed the USGS to improve its service to the public in two ways.

“As a result of the Tweet Earthquake Dispatch, the public can now receive seismically confirmed earthquake notifications via Twitter by simply following USGSted, which is something that was available via email only after registering online,” said Michelle Guy, computer scientist at USGS. “The other improvement is a bit less tangible and certainly has not yet been quantified, but since Twitter is an independent data source and often quicker than seismic data in sparsely instrumented areas, our team is able to start looking at data sooner, on the order of up to a couple of minutes.”

There is still more to come from TED. USGS is trying to further analyze the tweets to discover new information and characterize earthquakes.

“Future efforts include exploring the use of real time analytical tools with the intention of deriving characterizations of the event such as impact or intensity,” said Guy. “For example, graphing in real time the number of earthquake detection triggering tweets that have the word “damage” to assess effects of a particular felt earthquake.”

How is your agency using social media to improve the services that it provides to the public? Share below in the comments section to have your agency’s work showcased in an article on DigitalGov.