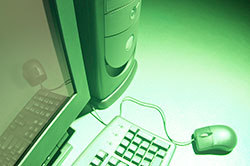 We’ve seen (and experienced) a dramatic growth in mobile consumption in recent years. From app downloads to tablet ownership, the use of mobile devices continues to trend up. But, is this at the expense of desktop computer usage? Not really. The growth of mobile activity is incremental to what’s happening on existing platforms, according to comScore. Let’s take a closer look at mobile vs. PC usage over the past year:

The growth in mobile consumption doesn’t mean PCs are dead. In fact, studies have shown that many online adults move across devices, starting a task on a mobile device and finishing it on a desktop. By having a mobile first strategy, your agency will ensure that it is meeting the needs of all users, no matter what device they prefer.