With the 25th anniversary of the Web, we wanted to share stories from the beginnings of Web in the federal government and how online government has evolved in the years since.

The State Department may have been one of the first, in 1991, with a bulletin board presence launched thru the Government Printing Office, according to Janice Clark, Director in the Office of Website Management, Bureau of Public Affairs. “We saw the transition from hot type to cold and onto desktop publishing, and finally in the early 90’s began to morph into Web editors.

In the Department as a whole, reliance on hard copy to inform the American public of the work of the Department and U.S. foreign policy was slowly replaced by the Web, with some bureaus and offices more resistant than others.” In 1994, the precursor to state.gov was a text-only “gopher” site through the Federal Depository Library at the University of Illinois at Chicago. 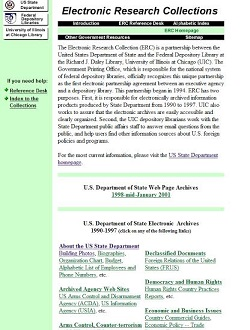 The beginning was like the “Wild, Wild, West,” Candi Harrison, former Web Manager at the Department of Housing and Urban Development shared. Content was published without management review or ownership and everyone was reinventing the wheel, she said.

NASA was one of the early adopters of HTML, though there’s no record of exactly when the agency registered nasa.gov as a domain or posted its first Web page, Brian Dunbar, Internet Services Manager at NASA said. Individuals experimenting with HTML posted individual Web pages that weren’t necessarily related. With no central Web governance, a group of astrophysicists on one of NASA’s field centers took the initiative to put up the first NASA Home Page in the early 1990s.

But by the mid 90s, many federal agencies had some presence. It quickly became chaotic, not knowing how many sites there were or which ones were official and who ran them, Harrison shared. GSA created the first government-wide site, Government Information Exchange, to index and search the government. When FirstGov (now USA.gov) launched with the government-wide search, it was the first time anyone could see how big the federal Web presence was and agencies were shocked at how many sites were out there that only the creators had known about, Bev Godwin, Director of the Federal Citizen Information Center at GSA, said.

“For the first version of FirstGov.gov/USA.gov, we had volunteer librarians take a month to help us determine the top level topics from across government. We were hoping for 10, they came back with 25,” Godwin said. “We had to use data and take our best guesses at refining the government’s information architecture into fewer top-level topics.”

Early Web managers had a difficult time convincing their agencies they should be directly interacting with citizens—or even internal customers. It’s “funny,” commented one agency webmaster, “our intranet layout looks exactly the same as it did 15 years ago.” But as times changed, so did agency sites.

Healthfinder.gov morphed from simply being a health portal site, to a site that’s focused on actionable prevention and wellness information, Ellen Langhans, Program Manager, Health Communication and eHealth Division, Office of Disease Prevention and Health Promotion at the Department of Health and Human Services, said. “The Web has changed the way we communicate to our constituents. While healthfinder has always been a Web-based resource, the Healthy People initiative used to look like this.” 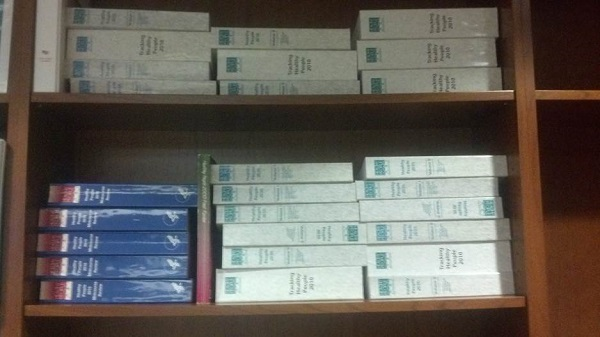 “Lots of binders, big cost to produce and distribute those binders. Now the Healthy People initiative is completely Web-based,” she explained. 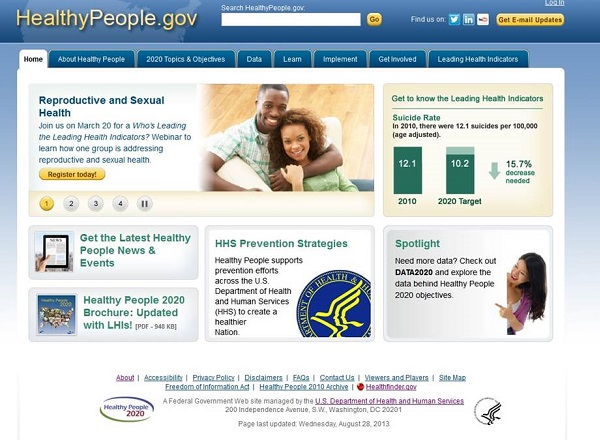 In 2010, archives.gov got a redesign driven by citizen input in online card sorts, survey and search data and site comments, shared Sarah Araghi, Archives.gov Team Leader, at the National Archives & Records Administration (NARA). The online card sorts were used to help us learn how citizens would organize the site.

“I’m not sure the Web has changed the actual work, but it’s definitely changed our expectations of how we communicate what we do,” Jeffrey Levy, Director of Web Communications at the Environmental Protection Agency, said. “First, it became expected that we would share everything we know; EPA’s culture has always been about being open with the public. Now, we’re in the middle of a multi-year effort to focus what we post to help our key audiences accomplish their top task on epa.gov. And social media is an increasingly important part of how we communicate.”

The Court Services and Offender Supervision Agency (CSOSA) had the first podcast series incorporating social media within the federal government. Approximately 150 criminal justice and government organizations now accept their material via RSS feed, Leonard Sipes, Jr., Senior Public Affairs Specialist/Social Media Manager at CSOSA said. And recently they found out that their tv shows are being offered thru TV Guide.

NASA’s digital presence goes well beyond the Web. Its Twitter feed has more than 6 million followers, and NASA regularly posts to Facebook, Instagram and other social media sites. NASA is becoming part of the conversation for events only indirectly connected to the agency, as when a meteor exploded over Russia in 2013. This year, the film “Gravity” won six Oscars and users continually referred to NASA’s “#RealGravity” collection of online images reflecting the film.

Power of the Web

The power of the government Web has been seen in a variety of ways.

On July 4, 1997, Mars Pathfinder landed on Mars. When photos were released on July 8, NASA generated a then-record of 46 million hits to its servers and associated reflectors. It was the biggest event on the Internet to that date. NASA webcasts of the landing coverage of the Curiosity rover on Mars in August 2012, reached more than 1 million people, Dunbar of NASA said.

In 2005 Web managers across government came together to help support survivors of Hurricane Katrina led by the Department of Homeland Security. Agencies organized their content around critical needs and adopted a common URL convention (agency.gov/katrina). FEMA turned over its homepage to be the central response site for people looking for relief resources, information on health and safety and to find loved ones. This model of cooperation was applied during future storms with the creation of a widget that agencies, news outlets and other private sector resources used. Today, FEMA has an emergency mobile app and uses social media to share information.

One surprising thing, has been how intimately, and individually, we can help people in a crisis, Levy from EPA commented. “One example was during the radiation that came to the U.S. from Japan after their earthquake in 2011. We were posting daily updates on what was happening with radiation levels, and a woman commented to say she was scared. Through multiple additional comments, we were able to explain to her why she was ok, and that radiation levels weren’t harmful.”

As customer service and open government became more of a focus, agencies met the challenge with creative offerings. The Corporation for National and Community Service (CNCS) launched Serve.gov, an innovative, dynamic website that helps Americans find and create volunteer opportunities in their communities. The key feature of Serve.gov is an open source application—All For Good—that allows people to find local volunteer opportunities, David Sherman, Drupal Developer and Web Designer at CNCS, said. The search engine has more than 250,000 searchable opportunities in communities across the country.

While no one knows what online government will look like in the next 25 years, agencies have predictions. “It’s here to stay. While newer technologies such as social media are gaining ground, traditional Web is where our users go to get the detailed information and harvest from official documents for their work, travel, and school projects.” – Janice Clark, State Department

“The future is no longer one platform (our website), but rather a collection of platforms and channels that help communicate our message. Users have so many ways to receive information through social media and conventional mediums including our website. We can no longer dictate to our users where to get our information. We have to provide information on as many channels as we can with a comprehensive approach to reaching our audiences. The future is a seamless Web of integration that ties the homebase of our websites to a wide network of social media channels where we can spread the word.” – David Sherman, CNCS

“The future is unlimited for digital gov as we move into video and audio podcasting and other creative ways of reaching citizens.” – Leonard Sipes, Jr., CSOSA

“The future is in mobile/responsive design. Fewer people are accessing the Web on computers, and that number is likely to keep decreasing. We need to meet people where they are, and also invest the money now to create a shifting infrastructure.” – Ellen Langhans, HHS

Curious what your agency’s first Web presence looked like? Check out the Wayback Machine and NARA’s Web Harvest.

Tomorrow the Mobile Community of Practice will offer its take on what effect mobile technologies will have on the next 25 years of the Web.