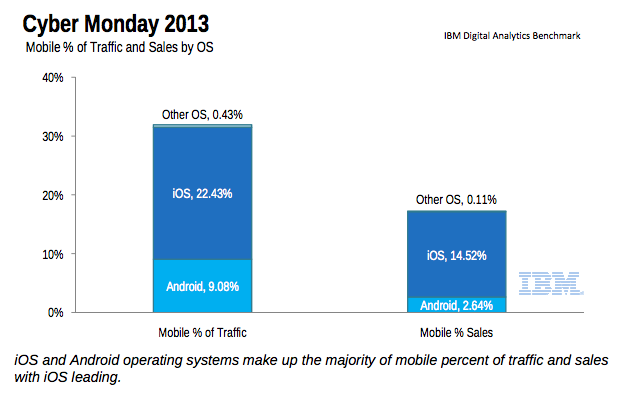 Mobile shopping increased significantly this year for both Black Friday and Cyber Monday. But by how much? A lot says this report from IBM:

With these anytime, anywhere shopping habits becoming more common, agencies must become more acutely aware of their audience and their internet browsing habits, as well as their expected user experience. Agencies should consider how to provide a custom browsing experience for citizens in their mobile strategy.