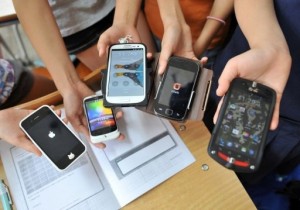 The way people are using mobile is changing—we are socializing in new ways; performing tasks in new ways, often multi-tasking between activities; and sharing and gathering information in new ways.

With the prolific numbers of mobile users and the increased use of mobile in our lives, comes a concern. A concern expressed repeatedly centers around the notion of habit. While many appreciate the continuous access to social networks and blogs, it has been observed that gains achieved in productivity do not automatically generate free time but instead tend to complicate the work–life balance. And as the number of mobile users increases, so do strange behaviors and trends.

In Psychology Today, Dr. Dale Archer outlined Smartphone addiction. He states that “Nomophobia- the fear of being without your smartphone- affects 40% of the population.” This is not confined to the United States. In July 2013, Versapak research shows that 41 percent of Britons feel anxious and not in control when detached from their smartphone or tablet, and 51% admitted to suffering from “extreme tech anxiety” at one time or another. Leon Edwards of Versapak adds: “Being disconnected from technology is surprisingly stressful. There’s often a feeling of missing out, as we worry about what’s going on … without our knowledge.”

The Mobile Consumer Habits Study by Jumio, conducted by Harris Interactive, provides insight into the behaviors of Americans using their smartphones.

Seems we just can’t be without them: 72% of respondents report being within five feet of their smartphones the majority of the time. Many admit to using their devices in some unusual places:

How many of us have done these things? I know I have.

Marc Barach, Jumio chief marketing and strategy officer, says “People view their smartphones as an extension of themselves… taking them everywhere… from the shower to their commute… from the dinner table to the bedroom…”

People are using their smartphones in a variety of ways that have become rather new ways of carrying out certain activities. Instead of just attending a baseball game, in addition to watching the game, many are tweeting the score, providing running commentaries of the game on Facebook, as well as sharing pictures and video of various events at the game.

In May 2013, we reported how 45% of consumers searching for local products and services use their mobile phone first. And in July 2013, we reported how people use their smartphones as a second screen for TV viewing. Folks are watching television shows with their mobile in hand and commenting on social media or texting comments to friends. Advertisers see this trend and run promotions and encourage viewers to either comment on social media or send a text to a number to get updates during the show or event.

As these trends continue, Government agencies must become more acutely aware of their audience and their internet browsing habits, as well as their expected user experience on agency websites. Many agencies have dove right in, providing a wide variety of mobile-optimized websites and apps to support citizens accessing government information and services. One of the first goals of the Digital Government Strategy was to complete mobile, which is still ongoing, with a number of milestones.

Embrace the craze. Consider how to provide a custom browsing experience for citizens in your mobile strategy. Check out the Mobile Application Development Program for some great resources to get you going in the right direction. And of course, join the conversation and share your challenges and successes.