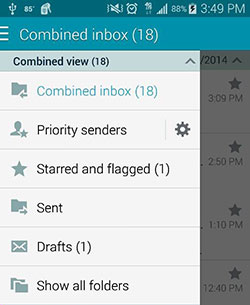 How can we get more of our subscribers to open the emails we send?

This is a question that anyone who creates email campaigns for newsletters or other communications is always wondering.

In the Office of Disease Prevention and Health Promotion (ODPHP) where I work at HHS we’ve seen some interesting results from varying the subject lines, also known as A/B testing, when promoting our monthly healthfinder.gov Spotlight e-newsletter.

The healthfinder.gov monthly Spotlight is an e-newsletter featuring repurposed website content to keep subscribers up to date on actionable health and wellness information. The Spotlight’s content format has shifted over the past year, from using persona-based content (still pulled from the website but delivered in the newsletter by healthfinder’s “Chief Medical Advisor”), to the use of infographics.

The persona-based Spotlight’s open rate (based on a six-month sample in 2012) hovered around 11%, which is in the range of open rates for government. Government industry average open ratios are 10-15%, depending on the source you use, says Tim Hudak, Web Analytics Specialist at the Department of Agriculture (USDA). We weren’t doing badly at ODPHP, but we also wanted to try out a new format of the Spotlight that might generate more opens; since nothing in marketing is ever set in stone, we sent out our first infographic Spotlight in December 2012 and used A/B testing.

A/B testing is a method in which you present content in different ways to different groups of users to find out which one is most effective.

The purpose of this testing was to see if one subject line vs. another would make a difference in open rates.

Overall, the use of infographics has increased our average open rate from 11% to 14%, but we’ll continue using A/B testing to learn which subjects, if any, garner a higher open rate.

Tim at USDA also found there are two factors that can determine if the recipient will open it or not:

Over the past 3 months Tim grouped and recorded all of his sent bulletins. He found the most effective times to send emails/bulletins is from 7-10AM and 6-10PM. And he found the worst times to send bulletins are 12-1PM and 5-6PM– and Friday afternoons.

Previously we sent our persona-based Spotlight at 11:30AM, which may have also had an effect on open rates. We now send our infographic Spotlight for heathfinder.gov around 1:30PM.

Have you tried anything else, besides changing the sent time or subject line?