You may not know it, but the Defense Advanced Research Projects Agency, or DARPA, has changed your life.

There’s the Internet, for starters. And if that isn’t enough, the agency also has played a pivotal role in shaping GPS, stealth aircraft and drone technology. In fact, ever since its creation under President Eisenhower, DARPA has been transforming life on and off the battlefield.

And the ideas haven’t dried up. A scan of programs currently in the works reveals DARPA to be as forward-looking and vital as ever. Who doesn’t want a body that can heal itself? 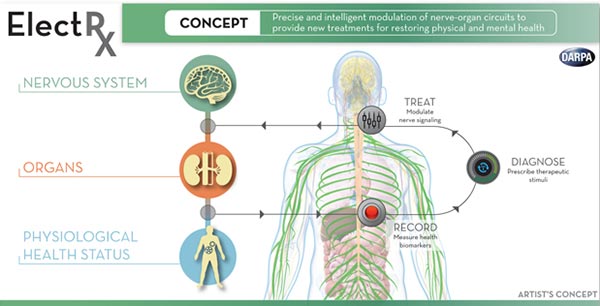 So how does an agency within the massive, red-tape-burdened federal government remain so flexible, open and inventive?

Well, a new report (PDF, 336 KB, 24 pages) details how DARPA, a self-described “anti-bureaucracy,” has managed to stay innovative all these years later.

“Many organizations innovate in their early years and lose that inventiveness over time,” the report states. “DARPA is unusual and possibly unique in maintaining its pioneering spirit and achievements for so many years.”

All of these ingredients help DARPA come up with and execute good ideas. And the agency often gets ideas from building communities of practice in specific areas, often spurred on by open competition and collaboration.

These same ideas inspire many of the projects that the Innovation Portfolio of GSA’s Technology Transformation Services tackles.

Programs such as Challenge.gov and CitizenScience.gov coordinate and encourage innovative approaches that foster communities of contributors who share their skills in support of agency missions.

DARPA has listed several challenge competitions on Challenge.gov, which invites anyone, not just the usual experts, to pitch their ideas and solutions.

These challenges provide “a way of seeing what is and isn’t possible in a given field and stimulating further work,” the report states.

Indeed, DARPA has used challenges to make significant progress in areas such as robotics and responses to disease outbreaks. It’s the perfect approach for an agency that may reject an idea, not because it’s too risky, but because it isn’t ambitious enough.

As one DARPA Program Manager says, “If it’s not transformative, change it.”

That quote comes from Col. Matt Hepburn, who also happens to be a mentor for the Challenge.gov program, providing guidance and insight to others throughout the federal government looking to attract new ideas through open competition.

Just one more example of how open innovation brings agencies together in pursuit of new ideas.

Again, be sure to read the full report (PDF, 336 KB, 24 pages). There are lessons in it for all agencies that want to become more innovative and stay that way.