__Phablets, once mocked for their large size, may be the next big form factor dominating mobile devices, if new data from the holiday season is any indication. 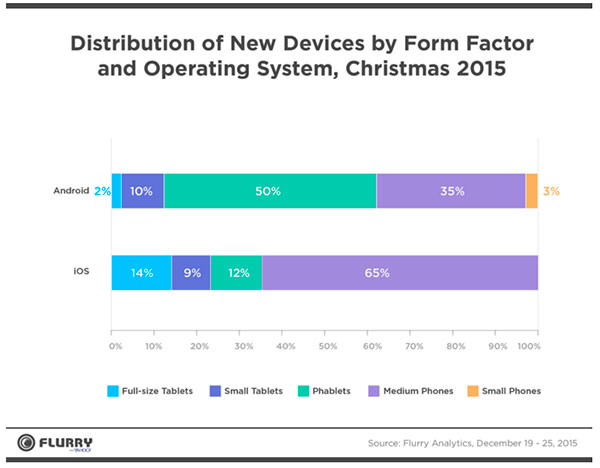 Flurry Mobile, part of Yahoo’s mobile analytics division, published two reports about phablet devices at the beginning of the new year, showing their continued growth and that people use them more than traditional or smaller mobile devices.

Much of this growth cannibalized tablet and medium-sized phone activations and points to the continuing trend of tablet devices plateauing in popularity. 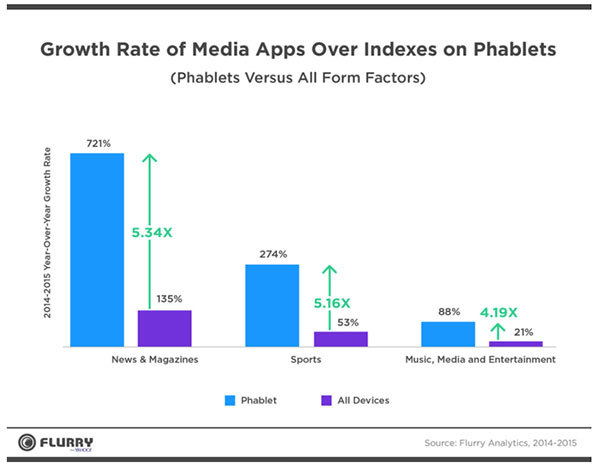