The Pew Research Center released an interesting report about home Internet usage that revealed broadband usage plateaued in 2013 and, in fact, dropped 3% in 2015. 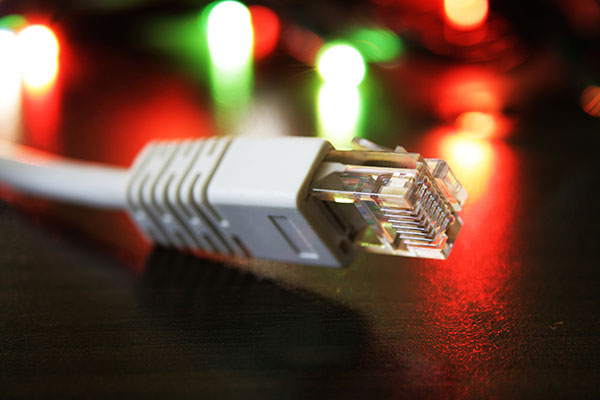 Later in the report, Pew states the growth in mobile-only audiences compensated for the drop in home broadband usage, so the overall number of people with Internet access hasn’t changed significantly.

While 100% home broadband penetration may never be attainable for a number of reasons, Pew’s research found cost is the major reason for most people, cited by 43% of non-broadband users. The high monthly subscription cost was cited by 33% of those users. The next most cited reason was a “smartphone does the job,” with 12%.

The report states, “Roughly two-thirds (69%) of Americans indicate that not having a home high-speed Internet connection would be a major disadvantage to finding a job, getting health information or accessing other key information—up from 56% who said this in 2010.” 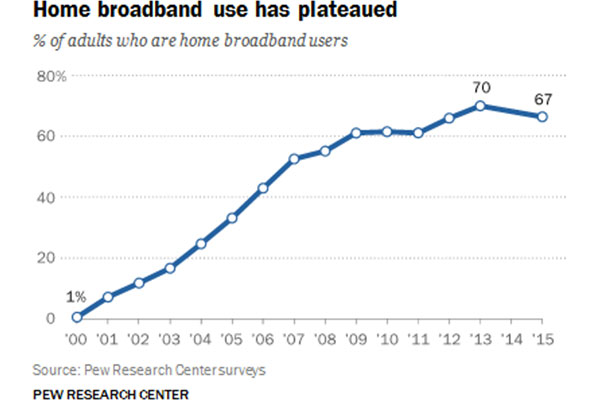 In fact, in every category of Internet usage examples cited by Pew, non-broadband adopters viewed not having home broadband as a major disadvantage, including learning about or accessing government services (up 15% from 2010).