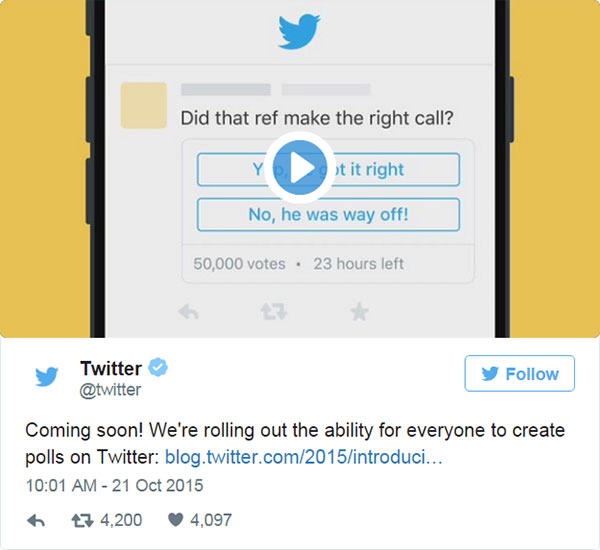 Twitter polls allow you to tweet out simple A or B style opinion polls. These polls can spark some great engagement, but you’ll want to keep a few things in mind before getting started:

Important things to know for voters:

At the National Archives, we worked with our General Counsel’s office and our Paperwork Reduction Act Clearance Office to be sure the polls did not violate the PRA. After contacting OMB for further guidance, everyone concluded that our proposal to use the polls fell within the “ratings and ranking” exemption in the 2010 social media memo:

“…More broadly, “information” does not include functions common to social media tools that allow the public to rate, rank, vote on, flag, tag, label, or similarly assess the value of ideas, solutions, suggestions, questions, and comments posted by website users…” (excerpted from page 6 of the memo)

Our first poll was a very low stakes test, via our @ThisIsArchives account, where each week a new NARA staff member shares their daily experience. This week is being managed by Darren Cole, the face behind the popular Today’s Document. Twitter users had the choice of a 1950 White House renovation photo, or a really cute pig. 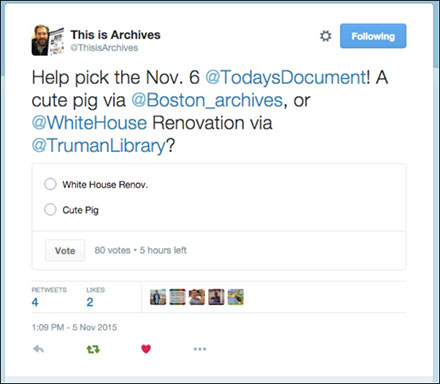 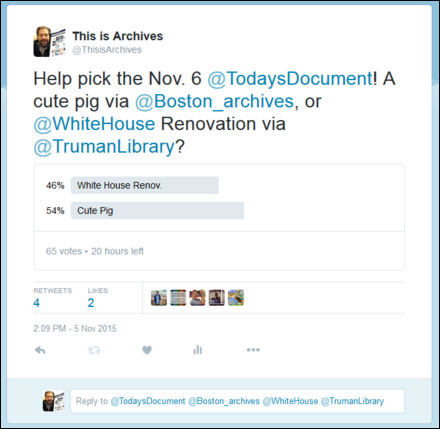 After 81 votes, the cute pig won by a snout! 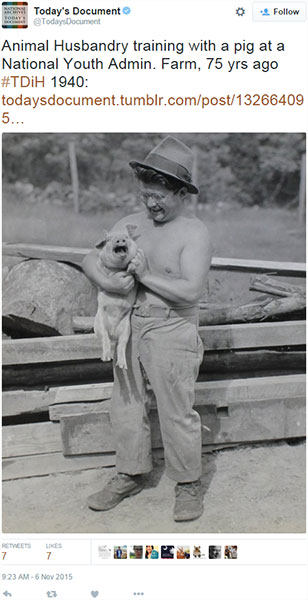 Want to know more about Twitter polls? Check out the basics. Happy polling!