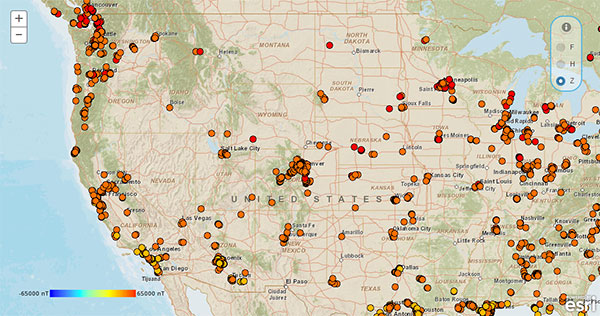 Your mission, should you choose to accept it, is to help the National Oceanic and Atmospheric Administration (NOAA) improve the accuracy of magnetic navigation by tracking changes in the Earth’s magnetic field.

All you need is your smartphone, loaded with NOAA’s awesome CrowdMag app.

In this era of GPS and other geospatial technologies, why is this mission important? It’s because technologies like GPS have limitations. For instance, GPS does not provide pointing direction. Satellite signals can be jammed or masked, and it is difficult to get GPS signals underwater.

However there are gaps in the coverage—both in time and space—and scientists are always looking for alternative ways to obtain geomagnetic data. 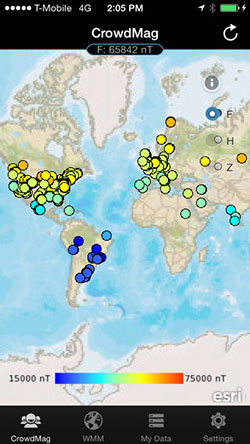 This is precisely where you, citizen scientist, come in armed with the CrowdMag app on your smartphone.

Smartphones have what’s called a magnetometer, which tracks the strength of the earth’s magnetic field at a point in space. It does more, but that’s the unscientific explanation.

Can digital magnetometers built in modern mobile smartphones be used as scientific instruments? That’s what this project will help NOAA scientists explore. So be part of the crowd and download the CrowdMag app. Just open the app and grant permission to share your magnetic data with NOAA, it’s that simple to start using your smartphone in the name of science. Check out the app’s crowdsourced map to see data collected from the phones of citizen scientists like you from around the world.

Success of this mission ultimately depends on you, and many others just like you.

CrowdMag is available on Google Play for Android devices, and Apple’s iTunes store for iOS devices. The NOAA CrowdMag App is one of many examples of agencies using mobile apps to crowdsource, but it is the only one that has leveraged the Federal Crowdsource Mobile Testing Program.