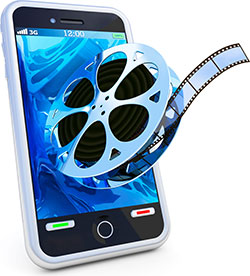 Like many Americans during the last month, I developed FIFA fever. Checking on scores, anticipating the latest Google Doodle and watching game highlights became part of my daily iPhone routine.

Surprisingly, this trend holds true for both short video clips and feature films as evidenced by the increase in mobile traffic to YouTube and Netflix, according to BusinessInsider.

The demand for mobile video will only increase, with eMarketer projecting:

So the next time your agency produces video content, don’t forget about optimizing the message for mobile viewers. For more mobile-first strategies, watch the DigitalGov Mobile Webinar series.