The White House this week released a report detailing the impact of 100 initiatives that have expanded U.S. capacity in science, technology and innovation over the past eight years.

Evident throughout the report is the influence of Challenge.gov and CitizenScience.gov, two open innovation programs managed by the U.S. General Services Administration (GSA). 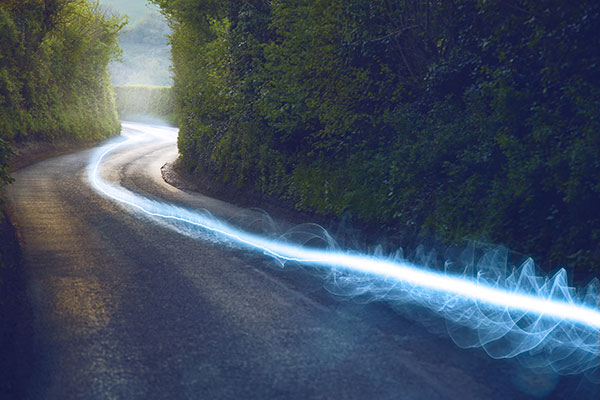 In fact, among the top 15 examples in the report are the increased use of prize competitions and expanded opportunities for citizen science and crowdsourcing, both areas where GSA is helping to lead the charge.

“Since 2010, more than 80 Federal agencies have engaged 250,000 Americans through more than 700 challenges on Challenge.gov to address tough problems ranging from fighting Ebola, to decreasing the cost of solar energy, to blocking illegal robocalls. These competitions have made more than $220 million available to entrepreneurs and innovators and have led to the formation of over 275 startup companies with over $70 million in follow-on funding, creating over 1,000 new jobs.”

No. 15 is all about citizen science:

“The Administration has expanded opportunities, including those efforts listed on CitizenScience.gov, for research agencies to work with citizen scientists and use crowdsourcing approaches. For example, federal agencies have used these approaches to improve predictive models for coastal change and vulnerability to extreme storms, and to tag millions of archival records for the National Archives. Researchers have estimated that the in-kind contributions of more than a million citizen-science volunteers to biodiversity research alone have had an economic value of up to $2.5 billion per year.”

But that’s not all. To list all of the programs touched by open innovation and public engagement would be to duplicate nearly the entire report, which we won’t do. You can read its entirety on the White House website.

Here are just a few more examples of how GSA, Challenge.gov and CitizenScience.gov are making a difference:

No. 27: Launched an initiative to bridge the “30 million word gap.” This effort, which seeks to eliminate literacy gaps between low-income students and their affluent peers, included a prize competition launched on Challenge.gov.

No. 31: Fostered a nation of makers. NASA, both by way of its many centennial challenges and its Center of Excellence for Collaborative Innovation, has sponsored numerous challenges focused on additive manufacturing, including the 3D-Printed Habitat Design Challenge and NASA Handrail Clamp Assembly Challenge, as well as others supporting next-generation robotics, advanced medicine, and novel satellite design, to name a few.

No. 33: Prioritized reducing the time and cost to develop advanced materials. This initiative included the Materials Science and Engineering Data Challenge, which offered $50,000 in prizes for innovative approaches to using public digital data to discover or model new material properties.

No. 34: Supported next-generation robotics. Cited in this example is the DARPA Robotics Challenge, which saw 25 robotics teams from around the world demonstrate disaster-response operations that pushed the field forward.

No. 36: Accelerated the transition of research discoveries from lab to market. The National Institutes of Health’s Breast Cancer Startup Challenge helped start new companies based on unlicensed but promising interventions.

No. 46: Improving mental health through data-driven innovation. At this year’s Health Datapalooza, the Department of Health and Human Services launched two new challenges: A Bill You Can Understand and Move Health Data Forward.

No. 47: Began a broad effort to understand and explore the microbiome. The National Microbiome Initiative kicked off last month and will include an effort to expand the workforce in this area through citizen science and public engagement.

No. 57: Contributed to the rapidly declining cost of renewable-energy technologies. The Department of Energy efforts in this space include prize competitions, such as the Sunshot Catalyst series, to address issues in the U.S. solar marketplace.

No. 58: Improved energy productivity. The $15 million Bright Tomorrow Lighting Prize, or L-Prize, is one of more than 700 challenges listed on Challenge.gov.

No. 67: Deployed open innovation approaches to reduce nutrients in waterways. The Environmental Protection Agency has launched several competitions focused on nutrients, whether evaluating nutrient pollution or looking at innovative ways to recycle nutrients from livestock manure.

No. 71: Expanded the use of technology to fight wildlife trafficking. The U.S. Agency for International Development’s Wildlife Crime Tech Challenge features 16 initial winners now competing for a chance to win $500,000 by scaling their solutions.

As you can see, this impact report from the White House shows that open innovation is spreading throughout the federal government and is helping agencies address issues of national importance.

In many cases, they are doing it through methods such as prize competitions and citizen science, opening up a direct line with the public to find meaningful solutions.