It began with a history lesson and ended with an eye to the future.

In between, the Expert Training Series: How to Design & Operate Prizes to Maximize Success covered nearly every aspect of what it takes to run successful incentivized competitions.

Challenge.gov and DigitalGov University partnered with XPRIZE Foundation to bring together expert speakers from across the federal government and industry for seven webinars that began last summer and ran through January. 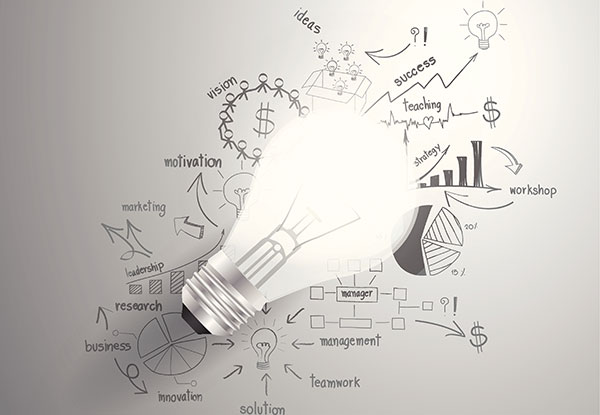 Below, we’ve provided a quick snapshot of what they said, as well as an index of the full webinars for your review.

Solutions for your problem can come from anywhere, and a challenge open to all can elicit new ideas from doers and thinkers that government previously has never tapped.

“If you’ve got a problem, there’s a solution out there,” said Christopher Frangione, vice president of prize development at XPRIZE. “The purpose of a prize is to make everyone a hero. Why try to find the needle in a haystack? Let the needle find you.”

Watch/listen to this first webinar, originally hosted on July 14, 2015.

Module 2: It’s All About the Teams—The Importance of Operational Incentives in Prizes

It’s not always about the money. There are a variety of ways federal agencies can attract worthy competitors, including providing access to subject matter experts and official facilities where teams can test their solutions.

“You need a sufficient prize purse,” said Sam Ortega, manager of Partnerships Office at NASA Marshall Space Flight Center. But that’s not all that matters. “You need enough to cut through the noise, you need enough to get teams excited.”

Watch/listen to the second webinar, originally hosted on Aug. 4, 2015.

From master-planning to team recruitment, experts discussed a variety of lessons learned from past challenges that can lead to future success.

“You should use all the tools you can to get the word out to recruit competitors, not just press releases and more traditional methods, but use a wide variety of channels including social media,” said Sandeep Patel, open innovation manager for the U.S. Department of Health and Human Services’ Idea Lab.

Watch/listen to the third webinar, originally hosted on Sept. 10, 2015.

Module 4: The Importance of Marketing and Public Education

Alan Zack, senior director of marketing and education for XPRIZE, discussed how the Qualcomm Tricorder XPRIZE tapped into excitement over the 50th anniversary of Star Trek, the television series that popularized the idea of a handheld device used for sensor scanning and data analysis.

“We turned 40 million Trekkies into advocates,” said Zack, who also stressed the importance of public education programs that help spread the word. “Yes, we are ultimately trying to have teams compete to solve a grand challenge, but more importantly we want to educate society on the purpose of the grand challenge.”

Watch/listen to the fourth webinar, originally hosted on Oct. 20, 2015.

“Talk to your attorney early in the process of putting together a prize so they can help identify the correct statutory authority,” said Ami Grace-Tardy, deputy assistant general counsel for energy efficiency at the Energy Department, who offered advice on one of those authorities, the America COMPETES Reauthorization Act.

“Not every agency has interpreted all parts of America COMPETES consistently,” she said. “I’m hoping we can move toward that.”

Egos and competing interests may be a problem in some groups, but that wasn’t the case with the community that developed around the Department of Housing and Urban Development’s Rebuild by Design challenge, which saw teams develop plans to promote resilience in areas impacted by Hurricane Sandy.

Watch/listen to the sixth webinar, originally hosted on Dec. 15, 2015.

“Sometimes you’re in the middle of a process where you think you know what you can get out of it, but then you realize you can get so much more,” said Alexis Bonnell, chief of applied innovation and acceleration at the U.S. Agency for International Development’s (USAID) Global Development Lab.

Watch/listen to the seventh and final webinar of the series, originally hosted on Jan. 14.

In addition to the expert training series, a YouTube playlist offers many more online training and informational videos about challenges and Challenge.gov.