Sometimes in crowdsourcing, you want to take your problem straight to a specific crowd. And sometimes that crowd is still in school. 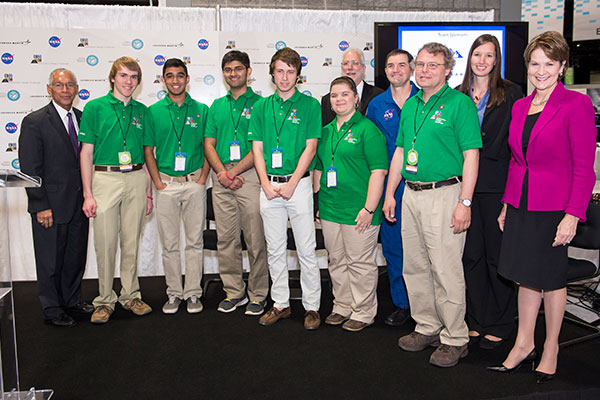 Challenge.gov has seen many federal agencies launch prize competitions to educate and engage high school students. These include a NASA challenge that asked students to develop devices that could protect astronauts from radiation during space flight.

Recognizing the need to expand the reach of coding and computer science training, the U.S. House of Representatives recently launched the 2015 Congressional App Challenge (CAC).

The CAC is an initiative to improve student engagement in coding and computer science by having members of Congress host app competitions in their districts. High school students are invited to create any type of app and make their submission on their member’s Challenge.gov page by January 21st.

There are currently 169 members of Congress from 42 states signed up to participate in the challenge, which is the only one of its kind. No other app challenge runs in 175 districts across the United States simultaneously.

“The profound and unique advantage of this type of challenge is that the House of Representatives has a presence in every corner of the country,” said Rhianon Anderson, executive director for the challenge. “By hosting its own app challenge, Congress reaches students in areas where students may not have been engaged in STEM education and highlights the importance of learning these types of 21st century skills.”

“The need for technically-trained talent has far outpaced the number of people with those necessary skills,” Anderson said.

This challenge goes right to the spigot, opening the pipeline of talent and fostering student interest in STEM early in their educational careers.

From the National Science Foundation comes the Generation Nano: Small Science, Superheroes design challenge that brings out both the artist and scientist in students.

For the competition, teenagers will create original superheroes and equip them with unique gear—a costume, gadget, vehicle, etc. Students are asked to submit their ideas in a paper and then either a comic strip or video by midnight on February 2nd, 2016.

Winners will receive cash prizes and the opportunity to showcase their superhero at the 2016 USA Science & Engineering Festival in Washington, D.C.

“The wonders of nanotechnology are inspiring an increasing number of young students to pursue science and engineering,” said NSF Senior Advisor for Science and Engineering Mihail C. Roco. “The Generation Nano competition recognizes and channels that interest, while giving students the chance to showcase their creativity at a national level.”

Generation Nano will show students how science and technology influence what may seem magical or far-fetched and encourages students to think big and super small at the same time when pondering their hero’s gear. It could be gloves to help scale glass walls or nanoscale-enabled bandages that speed healing.

“This competition has the potential to excite students about science and introduce them to the novel world of nanotechnology,” said Lisa Friedersdorf, deputy director of the National Nanotechnology Coordination Office.

And they’ve got real-life examples to inspire them: In a recent comic, Iron Man revealed that he has a faceplate made of graphene, an atomically thin carbon material that is stronger than most metals and could protect him from bullets.

It’s just the kind of detail that can get students interested in STEM and perhaps put them on a path toward a career in the sciences.

That’s the hope for Generation Nano, CAC and several other challenges aimed at high school students. 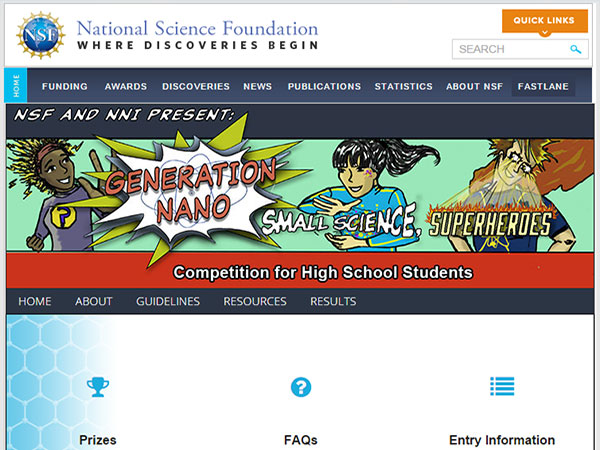