News and Events on NWS 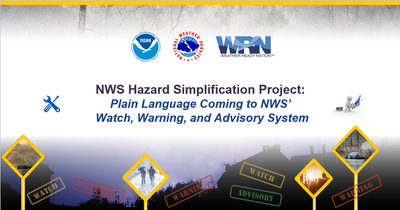 An overview of the presentation by Danielle Nagele of NOAA at the 2021 Plain Language Summit. Learn how she and her team used feedback to decrease confusion and increase impact.

The Content Corner: Using Social Media to Promote, Enhance Preparedness for the Public We Serve 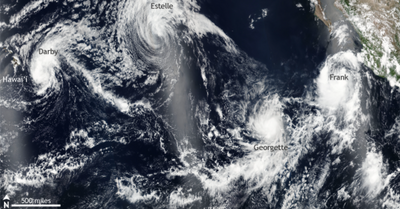 A review of mobile apps, tools, and websites from federal agencies created to help the public with weather and emergency preparedness– and how organizations can help share that information.

A branch that does not stick to its source of nutrition will wither away and die. Just ask anyone who has received a bouquet of beautiful flowers about how long they really last. In the same way, as communicators we must stay connected to our audience, or we risk the chance of fading away into

No one wants to feel helpless in an emergency situation. To provide tips and assistance anytime, anywhere, the Federal Emergency Management Agency (FEMA) stepped up their mobile game. FEMA developed an SMS service and an app to engage with users while they’re on the go. The app is available on Android, Apple and Blackberry.

#PrepareAthon 2014: Disaster Preparedness in the Palm of Your Hand

If there was one thing we learned on September 11, 2001, it’s that you can never be too prepared for a disaster of any magnitude. September is aptly named National Preparedness Month and the government’s #PrepareAthon campaign—led by the Federal Emergency Management Administration (FEMA)—is under way, culminating in National PrepareAthon! Day, September 30.

The rise of mobile device ownership is rapidly changing the way we, and our stakeholders, interact with organizations and information. From local weather to the status of our train, we look to our smartphones to not only provide the answers, but anticipate our questions. Forrester refers to this

During the run up to a recent winter storm, Twitter was aflutter with reports of 20-30 inches of snow falling across wide swaths of the Midwest. Unfortunately for snow lovers, those rumors were highly speculative and unfounded. That didn’t stop members