The medium is the message.
Marshall McLuhan

In a little over a year, Facebook video went from simply being one of the content types that could be shared to the user timeline to a 8B video views per day powerhouse that’s also a huge priority for Mark Zuckerberg. We’ve heard about the big numbers from digital native publishers like AJ+ and NowThis, and we’ve heard from the doubters who say that the metrics don’t hold up to traditional TV measurements. Television comparisons aside, the reach that digital video on Facebook has for creators often towers over their traditional Web and mobile offerings, and that’s after years of promotion and audience building. 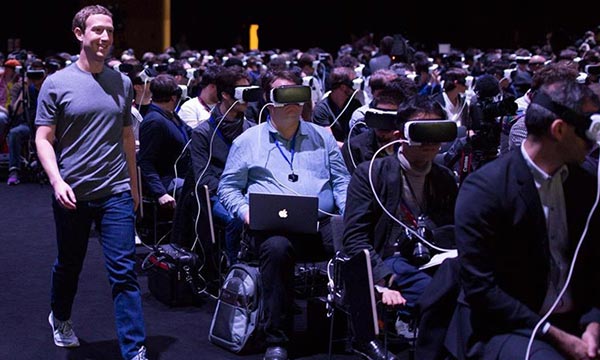 Video on the Facebook platform isn’t going away, but it isn’t going stay the same either. As deep as Facebook’s pockets are, video is expensive to serve (that’s right, YouTube, after all this time, still struggles to make a profit), so serving up millions of non-monetizable clips of your cousin’s soccer game is not a legitimate business plan. Additionally, since Facebook controls the platform where the content sits, it has the ability to push new technologies, experiences and other business objectives, just as they recently have with Facebook Live video. Chances are that we’ll see old video formats mutate and perhaps see the creation of entirely new types of storytelling. Let’s take a look at ways video on Facebook will continue to evolve:

1. **Videos Will Be Targeted

** Yes, Facebook has flooded your timelines with video and they’re clearly now a player in the digital video space, but it’s unclear if serving 8B+ views per day is sustainable, even for a rich company like Facebook. If Facebook does decrease the volume of clips that show on user timelines, creators will have to make content that is less general and more targeted to specific audiences using Facebook’s Audience Optimization tools. Reaching audiences that are truly interested in your clips gives you the best chance at longer view durations and higher engagement (two indicators that will please the Facebook algorithms) and targeting tools can help you find those interested viewers.

Bonus point: Recent studies have found that 85% of video on Facebook is watched without sound and that optimizing clips for silent mode can increase view time by 12%. Will this trend continue as Facebook might start to push longer programming? Or will those format types evolve into a new type of programming that are optimized for mobile viewing? And will Facebook’s new engagement graph feature drive the production of longer content since users will now be able to navigate longer clips? Tell us in the comment section below.This post was originally published on the Broadcasting Board of Governors’ (BBG) Office of Digital & Design Innovation blog by Randy Abramson, Director of Audio + Video.