According to the report, mobile devices were one-third of the traffic to government websites, as of July 2015. This will only increase as overall mobile device usage increases in the near future.

However, the federal agencies are lagging way behind in the use of enterprise-focused apps. Although there are numerous citizen-oriented mobile apps, with new ones being released at least weekly, there are very few mobile apps federal employees can use for internal agency processes. The National Aeronautics and Space Administration (NASA) seems to be the exception (according to the report) as only four other agencies offer one or two mobile apps to help the agency’s employees. NASA has 20 apps that facilitate online collaboration, support teleworking, and provide reference information such as facility maps. 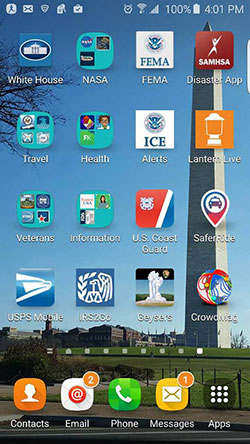 The challenge will be in balancing mobile app needs of citizens versus federal employees’ needs. Many agencies still face the common challenges of a legacy IT infrastructure, lack of app developers and IT budget concerns. Agencies also have to deal with the strategic challenges of first improving agency processes to build an enterprise-focused app. An improved agency process will make for a better citizen-oriented mobile app, but citizens need the existing services as a mobile app now.

Mobile apps have transformed how citizens engage with their government. Now, mobile apps can transform how federal employees work to provide government services. There is a vast untapped potential in enterprise-focused mobile apps to revolutionize the federal government.