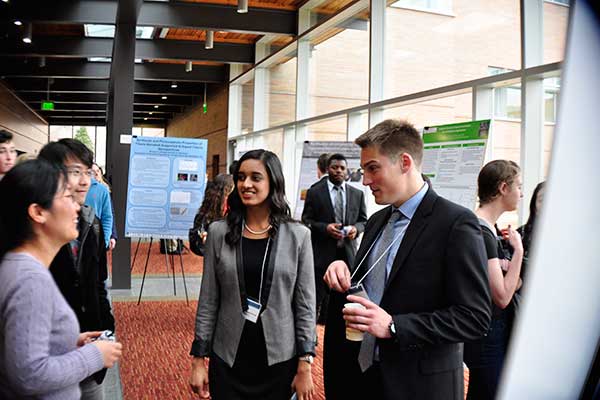 Leaders in the biomedical field will applaud a team of student researchers October 9 for developing a potentially lifesaving device in response to a competition published on Challenge.gov in March.

The accolades come a day after the website, a no-cost platform for federal agencies to publish and administer incentivized competitions, celebrates its five-year anniversary.

In its Design by Biomedical Undergraduate Teams (DEBUT) Challenge, the National Institutes of Health (NIH) called for students to submit solutions for unmet global health and clinical needs. NIH announced winners August 21, awarding first prize to a team from Lehigh University in Pennsylvania.

While members of the first-place team graduated in May, the work they initiated under this challenge will continue.

The team’s Viral Diagnostic Technology makes it easier for HIV patients to determine if their medications are, indeed, reducing the amount of virus in their bloodstreams. The technology they designed can detect HIV through electrochemical methods, which are less complex than biological methods. 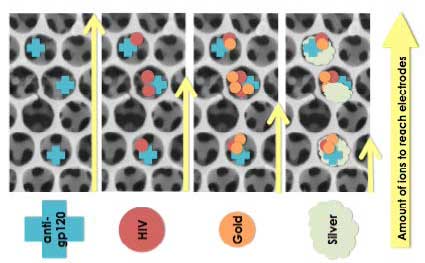 In addition to taking center stage at the annual meeting of the Biomedical Engineering Society, the Lehigh grads will receive a $20,000 prize—seed money they plan to start a new business, protect their intellectual property, and fund further research.

They hope to build a portable device with an easy-to-use interface that will fill a global need for communities with limited access to expensive resources and laboratory tests.

“Our longer-term goal is to license our technology to a company capable of carrying out later stages of development, manufacturing, and distribution,” said team member Kathryn Kundrod, who is now pursuing her Ph.D. in bioengineering at Rice University.

Rising to the Challenge 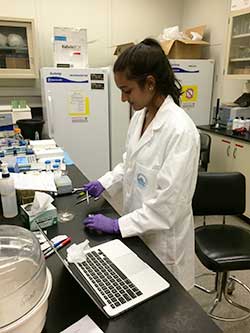 The challenge allowed the students to take advantage of a variety of resources to push them beyond their typical coursework.

During the competition phase, the students consulted with faculty members and industry experts as they experimented with design and business concepts. The core of the team knew each other from bioengineering classes, and recruited other students who could offer mechanical engineering and supply chain expertise along the way.

Now the team members themselves will be a resource for others to tap.

“Winning this challenge provided an entirely new level of validation for our work,” said Kundrod, who worked closely with teammate Jay Fraser, on the project. “We feel even more motivated to continue researching and to push our technology as far as possible, and we plan to sponsor senior design groups, much like our group, and provide them with support and resources.”

Kundrod, Fraser, and their teammates had presented research at symposia and poster sessions, but this marked their first experience with a government-sponsored prize competition. The challenge format gave them added incentive and increased their collective creativity, Kundrod said.

“The competition gave us a goal that we were passionate about reaching,” she said. “Our group members volunteered many hours each week in the lab after our design course had ended, and we learned a tremendous amount through hands-on, self-driven experience.”

The challenge, managed by the National Institute of Biomedical Imaging and Bioengineering (NIBIB), brought NIH more than just the winning team’s solution. Putting out an open call to undergraduates allowed the agency to collect a variety of ideas from across the country in a short time period.

In the span of a few months, NIBIB received 59 entries from 30 colleges in 18 states.

A team that designed a new surgical clamp to treat drooping eyelids won the second-place prize. Third place went to a low-cost patient monitor ideal for developing countries, as well as low-income and rural areas.

“Our goal was education and engagement,” said Dr. Zeynep Erim, program director at NIBIB for the DEBUT Challenge. “We wanted to appeal to the competitive nature of students to undertake more sophisticated projects and develop more advanced solutions than they may otherwise have done in their design courses.”

In its fourth year, DEBUT has already become a coveted prize in Biomedical Engineering Departments around the country, causing excitement not only among the students but also the faculty who teach and advise them, Erim said.

A competition like this both pushes the field forward with new concepts and inspires the next-generation of biomedical engineers, said NIBIB Director Roderic I. Pettigrew, Ph.D., M.D.

“The next decades of biomedical engineering will produce incredible advances; and the students of today are the creators of tomorrow’s transformative innovations,” Pettigrew said. “These students prove that they are capable of thinking about problems in new ways, generating more cost-effective and better technologies that will improve health globally.”

On the heels of the DEBUT Challenge, NIH’s latest problem-solving opportunity encourages individuals and teams to design and produce a wearable device to monitor blood alcohol levels in real time. The Wearable Biosensor Challenge, run by NIH’s National Institute of Alcohol Abuse and Alcoholism, is currently accepting submissions through December 1.

Both problem-solving initiatives are prime examples of how a prize competition can inspire young innovators and entrepreneurs to contribute to an agency’s mission.

The federal challenge and prize community will gather October 7-8 in Washington, D.C., to share more success stories and celebrate the fifth anniversary of Challenge.gov. Stay tuned to Twitter, Facebook, and DigitalGov for forthcoming details.

And if you have a challenge success story to share, email the challenge team.