Apple and Android devices are overwhelmingly dominant in device ownership and app development. So, we examined the Federal Mobile Apps Directory for iOS and Android offerings. We noticed a predominance of iOS applications: 170 apps were available on iOS, while only 93 were available on Android.

So, we wondered: what makes federal app development iOS-centric? Does it match general trends?

We contacted Will Sullivan, Director of Mobile for the Broadcasting Board of Governors and current Trends on Tuesday contributor, to hear his thoughts on iOS and Android development on the federal level. He posited several theories, and we researched the buzz going around in the tech world.

Everyone else is doing iOS

“For the first several years of the smartphone movement, many new apps would be available only on iOS, and then Android support was added—or sometimes, not at all,” Sullivan said. “I suspect the government app community is doing the same thing, following that model.”

A June 2014 article on Quartz argued that app development is still iOS-first. Android apps are often released simultaneously or soon after iOS applications, but Android is rarely the only offering. The article also noted that most developers personally use iPhones and are therefore more familiar with that platform.

Apple still has a large stronghold in the U.S.

“Audience-wise, it often makes sense to launch on Apple, especially if your core audience is the United States public,” said Sullivan. “Android has grown immensely, and depending on whose data you look at, is growing faster than Apple, but Apple is still very, very strong.”

An InformIT article from June 2014 digs deeply into the numbers of Android and Apple: although there are more Android devices than Apple devices in the world (an estimated three billion versus 500 million by the end of 2014), iOS apps are better marketed and earn greater revenue than Android apps.

Apple is one operating system and one hardware device to build for; Android is still fragmented but getting better

“With Apple, quality assurance (QA) testing and verifying your work is simpler because they have rigid controls over the operating system and hardware,” Sullivan said. “On Android, you need multiple devices with different versions and hardware form factors to do a quality QA test. I think the Android ‘fragmentation’ issue is being reduced and is a little overhyped, as more than 93% of active Android devices are on version 4.0 or newer. But, if you’re really focusing on emerging markets, deep language support can still be challenging.”

Fragmentation is an issue cited in both the Quartz and InformIT articles. In January 2014, 78% of iOS users were running the latest version of the iOS operating system, compared with a little more than 50% of Android users, according to InformIT. This poses a problem for app developers, who have to choose an Android OS to design for, which may leave older Android operating systems in the lurch. 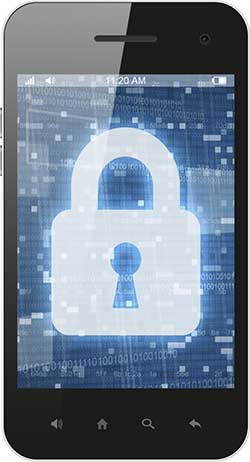 “This is a mixed bag, depending on who you ask or your specific security concerns, but Apple was early to tie securely into things like enterprise email systems and to support things like remote wipes,” said Sullivan. “Android lagged in this area, and it hurt them among enterprise business clients, but they have been making big strides to catch up. I think there is still a perception of uncertainty around it.”

A July 2014 Forbes article compared the security threats facing Apple and Android products. The fragmentation issue is named as a source of vulnerability which could be resolved by users staying current with software updates. The article also cited a study which found that more malware targets Android than iOS. However, any platform can be targeted by malware, and both platforms can be targeted by social engineering.

As more native apps are created by federal agencies, developers need to consider how their audience engages in the mobile world. DigitalGov’s Mobile Application Development Program is full of helpful resources and case studies about mobile apps in the federal space, and the Mobile Community of Practice is where agencies tackle mobile technology issues together.