SMS messages are an excellent way to reach audiences. The National Cancer Institute (NCI) saw SMS messages as an opportunity to reach the public for the implementation of their Mobile Health Behavioral Intervention Programs. NCI has 15 SMS based programs, including HealthyYouTxt, a program designed to help users live a healthier lifestyle, and SmokeFreeTxt, a program designed to help users quit smoking. In this piece, we will talk specifically about the domestic version of the SmokeFreeTxt program, one of their most popular programs.

At the start of the SmokeFreeTxt project, NCI had the choice of implementing the program through either a mobile app or a SMS texting program. NCI decided to use SMS messaging. There are “low psychological costs” associated with SMS messages, according to Erik Augustson, Behavioral Scientist at NCI. “SMS messages don’t require much work, thought or investment,” said Augustson. 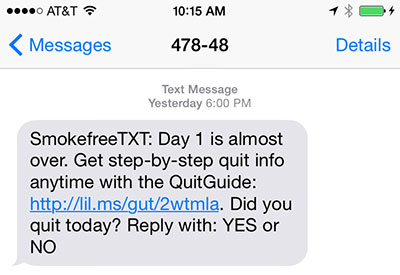 The clinical content messages are scheduled based on the quit date selected by the user. The messages increase in frequency as the user gets closer to their quit date and provide the user with tools and resources to aid in the quitting process.

The messaging via SmokeFreeTXT is completely automated. “The complete automation of the messages was chosen as opposed to contact center agents to make the program scalable and to add to its cost efficiency,” said Augustson. 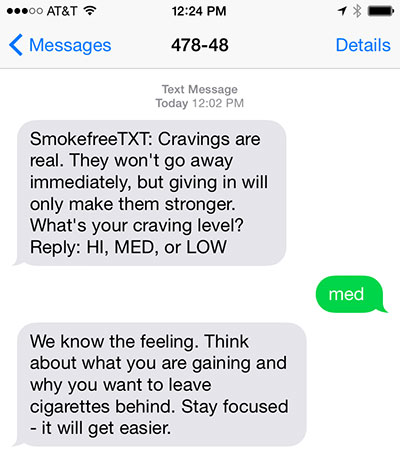 The user-initiated messages occur when the user submits a keyword based on a problem or symptom that they are experiencing. The user is sent a message with an actionable tip. 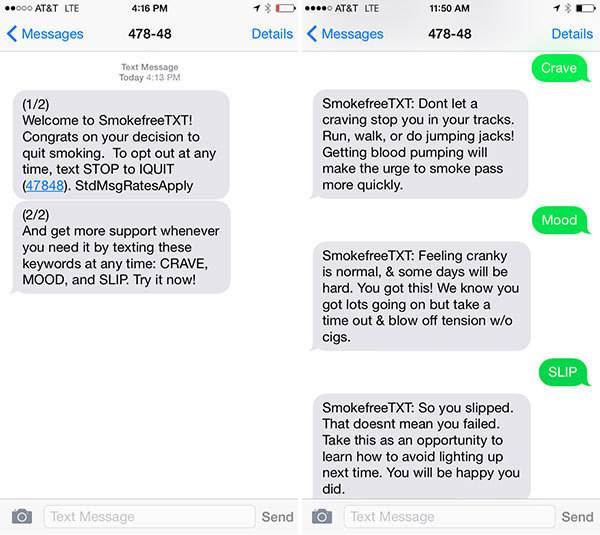 “When someone attempts to quit smoking on their own, they often experience trouble because they do not have the skills to manage withdrawal symptoms, they have no social support and they do not use any behavioral strategies,” said Augustson.

As shown with this program, SMS text messages are a cost-effective, scalable way to communicate with the public.