For a children’s site, Kids.gov is pretty old—it was launched back in 2001. And it has the unenviable task of trying to keep pace with the rapidly changing online habits of youngsters. So in 2012, Kids.gov Director Arlene Hernandez thought her site was due a usability test with its two main audiences: kids and their parents.

Hernandez already had a good deal of data on the current design based on Web traffic and emailed feedback. She and her team knew people weren’t clicking on the top menu items, and that all graphic content was expected to be interactive and clickable. And some tasks, like learning about George Washington, were difficult to complete. 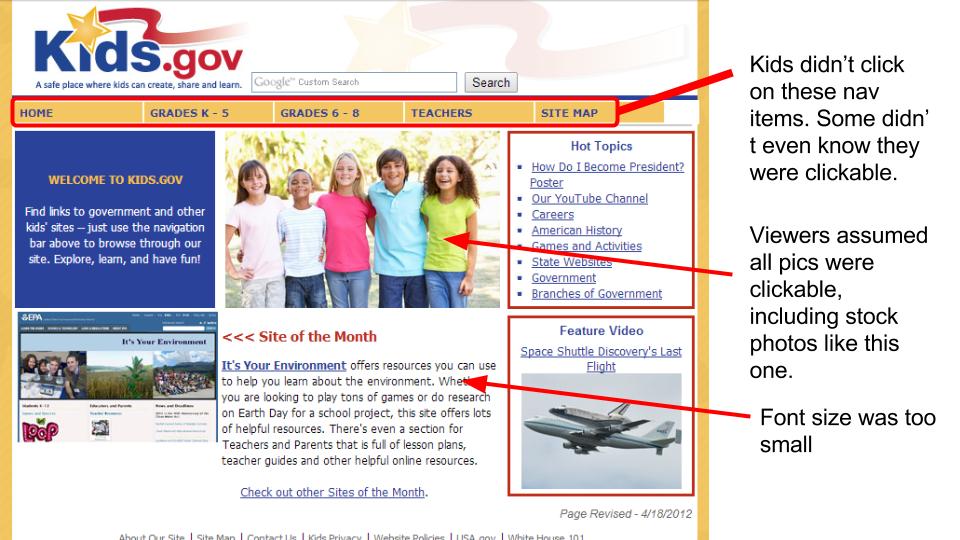 Rather than spend lots of time and money redesigning the site and then crossing their fingers that people would like it, Hernandez took a middle step: Creating a clickable wireframe of what the site might look like. Also known as a prototype, this in-between step would allow her to get feedback on large changes and on menu items before a single line of code was created. But more than that, she’d be making user experience decisions based on data, and not just opinion.

In January 2012 Hernandez conducted what’s called “First Click Testing”—a way to see where people click first when trying to complete a task. It’s an important thing to know—research has shown that users who get the first click right have an 87% chance to complete the task successfully.

Like many sites, Kids.gov has distinct audiences: young kids, teens, parents and teachers. To make sure the design was heading in the right direction, they tested the site with 4 members of each audience group. They collected data on their click paths and how they felt about their experiences. She found some areas of the site could be consolidated, and others deleted entirely. 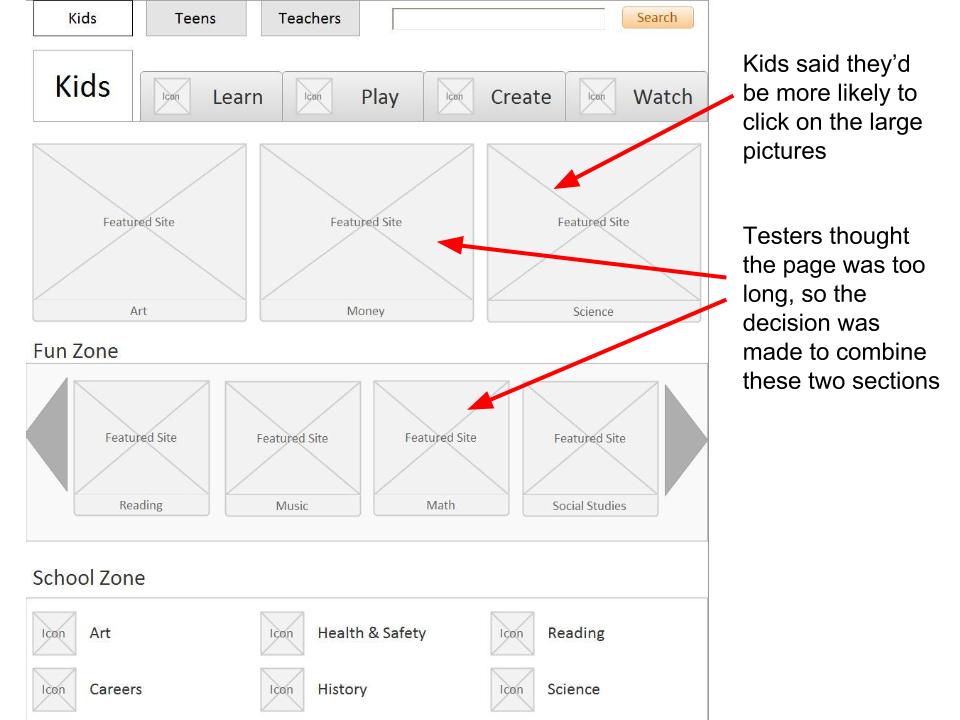 Finally, Hernandez had enough data to finish the design and test the final version. In March 2012 she and a contractor conducted remote usability tests on the earlier version of the new design. Then a year later, in April 2013, on “Take Your Kids To Work Day” they got permission to show the design to the children of their colleagues via a Hallway Usability Test. Each test had more than a dozen tasks and asked lots of open-ended questions. 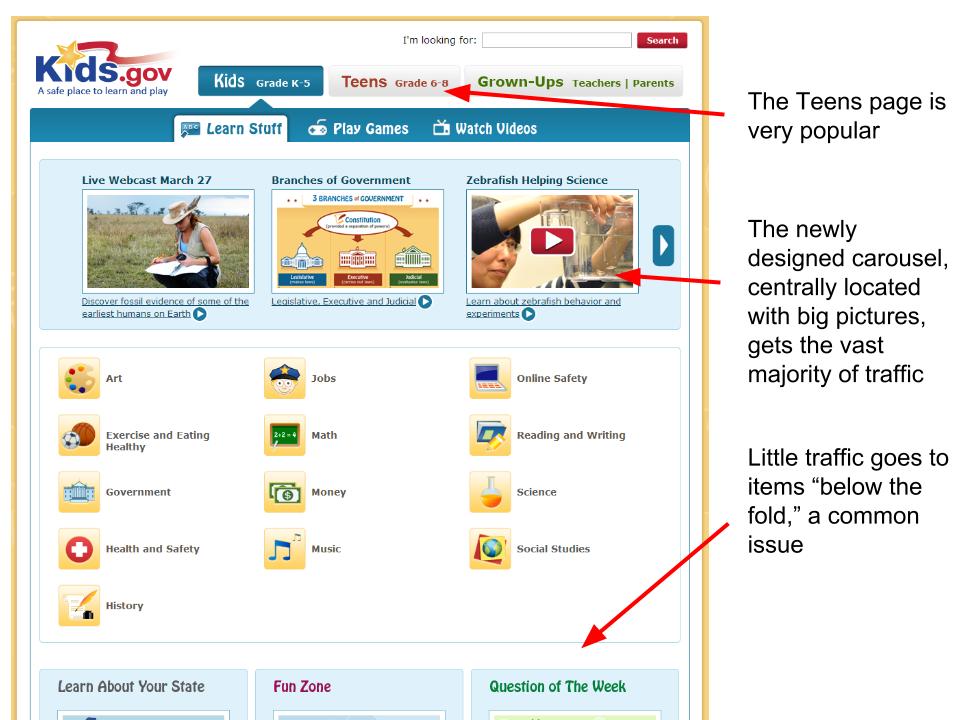 The results of the first round of testing on the new site were very encouraging—89% task completion rate with parents and an 82.5% success rate with kids. “They were able to find things easier on the redesigned site,” said Hernandez. Kids said they liked the bright colors and the large pictures on the new version. Traffic has also increased by 51% over the past year, to 2.69 million visits. The Teens home page also saw a 171% increase.

Hernandez continues to add more video content and tweak the design based upon user feedback and requests. And that’s good, because video traffic for the top videos has increased more than 190%.

See more Before and After case studies on our Usability Case Study page.