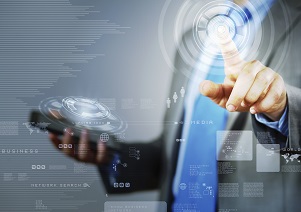 In 25 years, imagine a world where anytime, anywhere, any device is just taken for granted.

That’s the theme from the responses we got from our MobileGov Community of Practice members when we asked them to predict the effect mobile would have on the Web over the next 25 years.

While no one claimed to have the exact answer, most members described a future state where the Web was pervasive, not just tied to your computer or smartphone, but interacting with anything and everything.

“It will be the Internet of Things, plus much more,” said Lawrence Charters, Internet Projects Manager, National Ocean Service, part of the National Oceanic and Atmospheric Administration. Many community members spoke of scannable, wearable, drivable and flyable devices in private sector development or ones that they currently owned (mostly fitness app related).

But Dina Li, an IT Specialist from the USDA Economic Research Service, offered a good illustration of what Charters’ “plus much more” might entail:

Maybe instead of having your prescription medicine tracker on your mobile [phone] and having to check it, you could have a device that simply dispenses the correct pill at the correct time of day based on the prescription that is fed to your device by the doctor or pharmacy. And it could do all the tracking and other stuff…

The future of the web will lead to the blurring of things we consider separate now.

Most incredibly, in 25 years we will not think of the web as something separate. As Donna Scholz, Program Manager from U.S. Customs and Border Protection predicts:

One thing for sure, in 25 years it won’t be “the web,” but the internet will be how society interacts without thinking about how it actually occurs. Just like we don’t currently really think about the infrastructure of electricity or water we use; the internet is becoming a utility through which everybody and everything interconnects. Just as at the turn of the 19th century when it couldn’t be imagined what our lives would be like after electricity became ubiquitous, the same is true with the web.

So how does government prepare for this future state? To be ready, agencies will need to make their data and services available anytime, anywhere.

There are already efforts in the federal government to start thinking about content and data separate from the presentation layer. We noted in our Trends on Tuesday: Federal Agency Mobile Gov Trends in 2013 that agencies like Census and the Department of Labor are releasing apps, but also engaging developers around their data and APIs as part of their mobile strategy for those apps. Agencies have been sharing data on Data.gov for years but some agencies are also starting to share mobile code for reuse and third-party improvement.

But this is just a start. Government’s thinking needs not only to be mobile first, but also needs to move “up the stack” and consider how content and data can be structured and available for anytime, anywhere, anything interaction. Content syndication efforts and the government-wide open content modeling working group are examples of early shifts toward this thinking.

There is a LOT more thinking and doing to be done. Help build toward this anytime, anywhere, anything future by getting involved with the MobileGov Community of Practice or one of our other communities.

See our post on the 25th anniversary of the Web: In the Beginning…of Web in Federal Government.