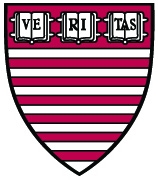 Harvard’s Ash Center for Democratic Governance and Innovation announced the Top 25 Innovations in Government May 1. A winner and four finalists will be revealed this fall.

The Washington Post described how Harvard’s review committee selected the finalists and why this is important. Against the tide of talk about sequestration and cuts, positive change is happening among agencies:

“… this is a story about innovation in government at a time when people, including those on the inside, generally believe government is incapable of anything close to it.” ~ Washington Post

We’re thrilled that Challenge.gov (managed in our office) is included on this venerable list, with programs run by some of the most fantastic people we know at NARA, DOT, NASA, State, EPA, HUD, and HHS. Follow @HarvardAsh on Twitter for more information. Other agency posts can be found under #Gov20, which always has good conversation.

Some details (in alphabetical order):

Challenge.gov is the federal government’s online portal for running challenge and prize competitions. Challenge.gov allows the government to crowdsource solutions to problems in a contest format, bringing diversity in solutions and contributors. This is a pay-for-performance model that saves money on key initiatives and broadly drives innovation within and beyond government.

The National Archives has created a role for “citizen archivists” in accomplishing the agency’s crucial mission of elevating the importance of public participation. Citizens can now provide substantive contributions (tags, transcripts, images) that increase access to the records of the federal government.

Consular Team India swapped stove piping for collaboration among consular sections, a move inspectors suggested made it “the strongest of any large consular operation in the world.” By eliminating duplication and enhancing standardization, the model taps the talents of 340 employees to better serve travelers and our nation’s security and economy.

IdeaHub is an online community that enables U.S. Department of Transportation employees to build and develop ideas in a collaborative environment. Employees are empowered to rate, improve, and discuss innovative ideas to make the Department a 21st-century agency that is adaptable, creative, and enterprising.

LAUNCH is a public-private partnership focused on identifying and accelerating high-impact ideas or technologies for such global sustainability challenges as clean water, health, energy, and education. NASA, USAID, the State Department, and NIKE partnered to form LAUNCH to search for innovations that show great promise for making tangible impacts on society.

National Coordination of Health IT

Department of Health and Human Services

The Office of the National Coordinator for Health Information Technology has enabled nationwide progress in electronic health records adoption by changing the way government works—partnering with the private sector to solve problems that neither government nor markets can solve alone.

Department of Housing and Urban Development

Department of Housing and Urban Development

The Sustainable Communities Initiative is helping 142 rural, suburban, and urban communities link jobs with transportation and housing, foster long-term economic growth, and protect the environment through Regional Planning and Community Challenge grants. The program is a collaboration with the Department of Transportation and the Environmental Protection Agency.

Congratulations to the state initiatives, too! As you can see from the descriptions, federal programs are successful because of partnerships and coordination with other agencies, local and municipal partners, and citizens.